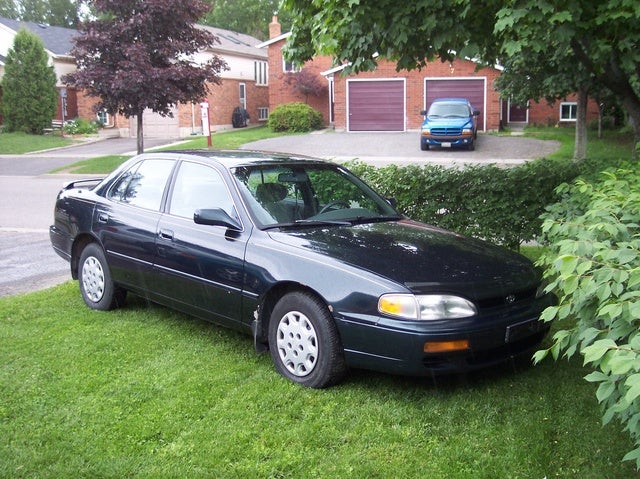 Have you driven a 1995 Toyota Camry?
Rank This Car

I went buy Camry for 24 salesman said 27 to buy 29 to finance I said I buy he said can’t buy must finance ? I walked out and I wanted that car Read More

Great vehicle. It has everything I need: FM/AM radio, Sirius, news talk, weather and current events. The backup camera is nice. Read More

Is good app to see car in Toronto Read More

Love the Camry XSE...drives 10x better than the Cadillac CTS in which I traded in. Hard to beat Toyotas reliability! Read More

2018 Camry is nice. But only 4 starts because: The hybrid version is hard to find and therefore too pricey (i.e. your fuel savings is totally lost in up front cost). They dont offer plug in hybrid (Pr... Read More

This car is a great value . I am a happy customer Read More

Car was in bad shape; hadn’t been cleaned or detailed with scratches, dings and curb rash more than normal for a car with only 31k miles in it. I won’t be back. Read More