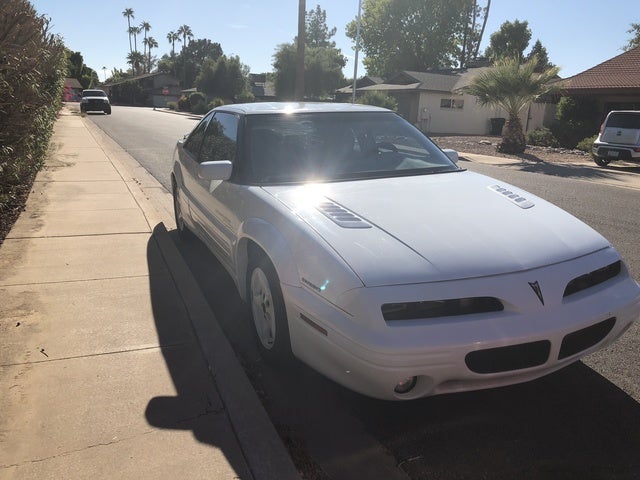 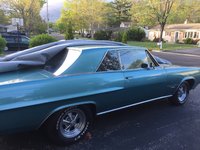 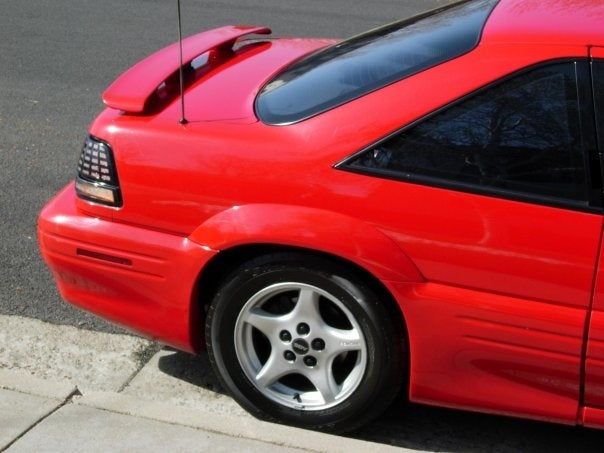 The 1995 Pontiac Grand Prix does not suffer from modesty. Though it's really just a roomy family car, it doesn't hesitate to wear one of the auto world's most recognized racing monikers in an effort to appeal to parents mourning their lost youth. Still, for a mid-size family car, most owners say it has above-average handling, speed, and performance.
The 1995 Grand Prix is available as an SE or GT sedan or an SE or GTP coupe. The new GTP coupe package replaces the previous GT coupe, though it carries basically the same features and includes variable effort steering this year. SE trims come with the 3.1-liter, 160-hp V6 engine and the GT trims feature the more powerful 3.4-liter, 210-hp V6. Both are married to a 4-speed automatic only. Other minor changes for 1995 are a redesigned floor console and a White Appearance Package that adds colored alloys.

The 1995 Grand Prix is a family car, no doubt, but there are those who buy it for personal use as well because it is fairly inexpensive and has some more stylish accents than a typical boxy family car. Owners like the look of it, but they also think the V6 engine is a pretty good performer. Responsive acceleration, and easy handling get high marks. Others like the roominess, the long list of options, and the Grand Prix's tank-like performance in snow. Aside from a need for cupholders and maybe even more horsepower, most complaints center on the constant repairs required by the Grand Prix, which can add up money-wise. Brake wear has always been a problem. Cheap plastic materials break easily.

What's your take on the 1995 Pontiac Grand Prix?

Shel I have a 95 SE coupe that is a great automobile i get 29 MPG on highway plus it runs away from all those Hondas i meet in town. I love the car it is my tenth Grand prix.

Have you driven a 1995 Pontiac Grand Prix?
Rank This Car

Filling The Radiator With Coolant

Hi, i have had to replace the water pump on my 1995 Grand Prix SE with a 3.1L motor, there is a sticker by the radiator cap that says that there is a certain way to fill this system or there could be ...

Car Won't Start, Just Clicks When I Turn The Key, I Have A New Starter And ...

Starting my car it just clicks

Where Is Engine Cooling Sensor

Trying to locate the engine cooling sensor( I was told its not a coolant temp sensor) on a 1995 Pontiac Grand Prix GTP 3.4l. On this model the battery is located on the driver's side.

How To Fix Coolant Leak

Car Over Heating, Have Changed Water Pump, Thermostat, And Radiator. Will H...

What could be causing my car to overheat? I have changed the water pump, the thermostat, and the radiator.