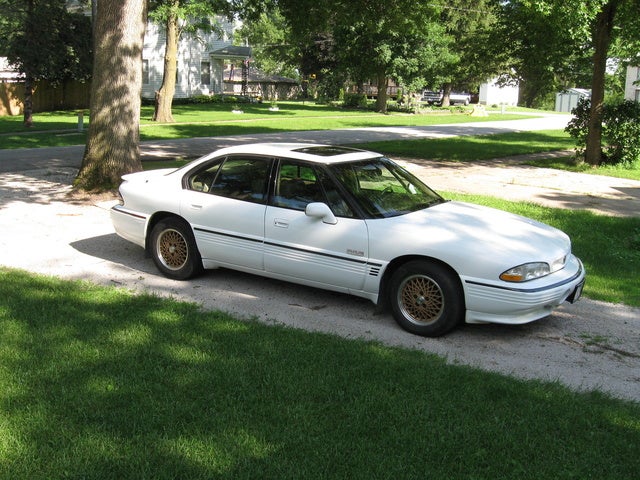 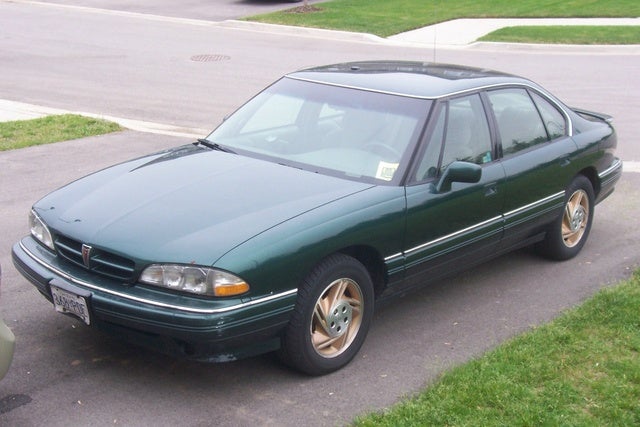 The 1995 Pontiac Bonneville came in a base SE trim and the more sports-oriented SSE. This four-door sedan has a long history as a roomy and comfortable family car, great for long trips. But it also had a nice energetic engine, and this year it gets a new one. For 1995, most of the changes focused on the SE trim. A new standard engine in the SE and SSE was available -- a Series II version of the 3.8 V6 that now got 35 extra horsepower to rate a 205-hp. The SSE could already be upgraded to the SSEi, which included the Series I supercharged 225-hp 3.8 V6. A 4-speed automatic was the only available transmission.

The SE now had the option of a new Sport Luxury Edition (SLE) package, which included the supercharged engine, the Computer Command Ride (which adjusted the suspension to the appropriate driving condition), leather seats, and premium audio system. These were previously only available on the SSE in the SSEi package. What distinguished the SSE now was mostly the standard features. The SE came with few, while the SSE offered power driver's seat, lighted entry, power heated mirrors, rear spoiler, dual exhaust pipes, and a center console. Options for both trims added leather seats, a heads-up display, sunroof, and audio controls on the steering wheel.

Drivers seem to love the smooth ride, engine power, and the sports-like handling of the 1994 Bonneville, particularly the supercharged versions. They always praise the incredible amount of room, comfortable seats, and trunk space, but also think the Bonneville is strong and solid in the snow, with great traction. It holds up well and even gets good gas mileage for such a large car. Detractions include a tendency to develop cracks in the manifold early, some electrical problems, issues with engine and transmission repairs, and cheap interior materials that fall apart easily. Some drivers also feel the transmission is too weak and that the turning radius is too wide with lots of body lean.

What's your take on the 1995 Pontiac Bonneville?

Have you driven a 1995 Pontiac Bonneville?
Rank This Car

I Have A 95 Pontiac Bonneville Supercharger Ssei , It Wont Start, No Click...

I have had this car for 2 week's. Ive replaced the water pump, both belts, the ac compresser and now the starter. After replacing the starter, it ran fine then went to leave an it wont start.no ...

Where Is The Transmission Solenoid Located

Is It The Starter Or Alternator

I try to start the car and it sounds like it wants to turn over but then there is a clicking sound after trying to turn it over.

How Do You Reset The Anti Theft Device?