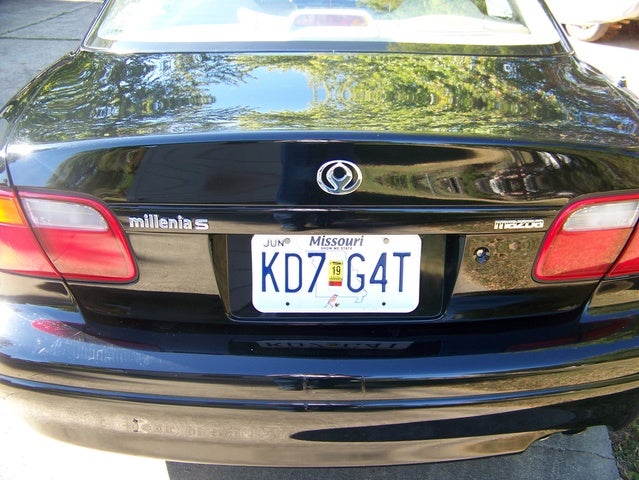 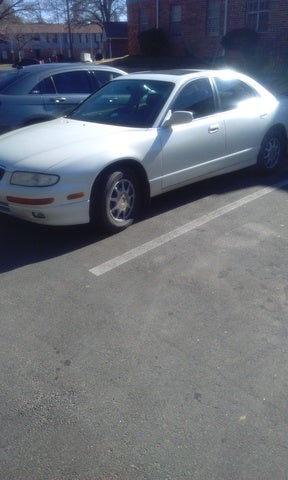 The Millennia was launched in the mid-1990s as an effort by Mazda to compete with high-end luxury brands from such automakers as Honda (Acura), Toyota (Lexus), and Nissan (Infiniti). In fact, the original intent was for the Millennia to be the flagship of Mazda's own luxury car division, called Amati. But when that division was scrapped, the Millennia was slotted into Mazda's existing lineup as a high-end offering.
For its first year, the Millennia came in Base and S versions. The Base version was powered by a 170-horsepower 2.5-liter V6, while the S version received a supercharged 2.3-liter V6 that produced 210 horsepower. A four-speed automatic transmission was standard (no manual transmission was available).
In keeping with its status as a luxury vehicle, the Millennia was well-equipped with standard features, including air conditioning, power windows, power door locks, a tilt steering wheel with a memory feature, cruise control, automatic climate control, dual airbags, and a lighted entry system. The S version added leather seats, a sunroof, and traction control, among other features.
As far as styling was concerned, drivers had mixed opinions, with some liking the car's sleek design but others finding it somewhat bland and uninspired, especially for a luxury vehicle. However, most drivers were impressed with the Millennia's features and options, with the exception of the cup holders, which generally got bad marks for being too small and too flimsy.
Drivers noted that the while the Millennia's engine was quiet, it was not as powerful as its competitors' powerplants. The car handled and maneuvered well, according to drivers, though gas mileage was not as good as expected. Drivers reported having very few problems with the car, although some noted that replacement parts could be expensive.

What's your take on the 1995 Mazda Millenia?

Have you driven a 1995 Mazda Millenia?
Rank This Car

1995 Millenia S Isn't Heating What Will Fix This Problem

The LED display(clock,temp,vent settings)does not light anymore . Is there a way to fix or does it need replaced

Mechanic Removed The Computer Under Dash Because He Said That Was Why The C...

the mechanic informed me that the reason the check engine light was on was because of the computer going bad. when it was replaced with another one the air and heat haven't worked since. I've trie...