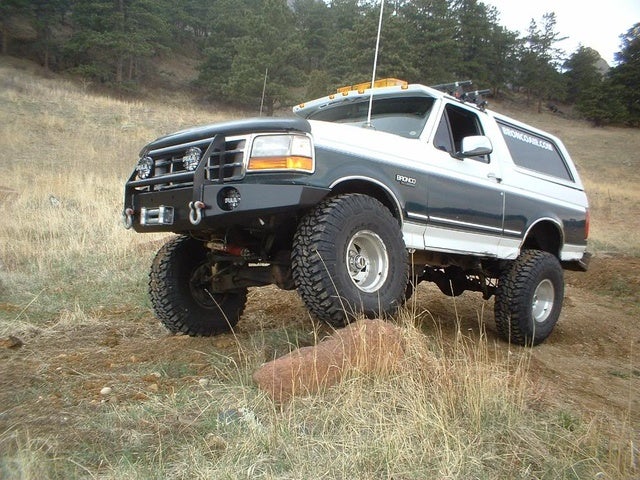 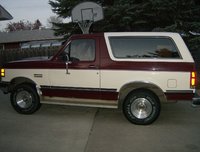 No changes were introduced for the 1995 Ford Bronco. The guys in Dearborn were moving away from the rugged outdoorsy utility vehicle idea and toward the luxurious "sport-utility vehicle" concepts targeted at suburban drivers, so the last few years of the Bronco were something of a lame-duck enterprise.

None of this put off a core of Bronco fans, who welcomed the '95 Bronco as they had its predecessors. Although the Bronco was never a bargain model, price-wise, plenty of buyers were willing to take a hefty sticker as long as it delivered power, durability, and off-road versatility, and the 1995 Bronco excelled in all of those areas.

Four-wheel drive was standard on all models, and the Bronco had the heft, ground clearance, and rugged suspension to take on challenging terrain. Three trims were available for the '95 Ford Bronco: XL, XLT, and Eddie Bauer.

ginsealeckie You left out the trim package, a 4th one, XLT-Sport Monochrome. They came in BLACK, WHITE, and RED. All had a light gray interior and all had power mirrors, bumpers and grills matched the car color. Don't forget the XLT-Sport is highly collectible and clones are being made. I have one. They cost, new, more than the Eddie Bauer. Window sticker was $33K.

Have you driven a 1995 Ford Bronco?
Rank This Car

Overdrive Light Flashing And ABS Light Is On

I have a 1995 Ford Bronco, Eddie Bauer edition. It's full size with a 1994 rebuilt transmission. I'm don't know a lot about vehicles so need something simple. The ABS light came on, then the speed...

My Car Leave Me On The Road

What happened to my car if it don't start over again

Where Is The Transmission Dip Stick Located At?

How Much Transmission Fluid Does My 1995 5.8L Automatic Take

I just bought a 1995 bronco 351 xlt. i changed the water pump, and transmission filter. but dont know how much transmission fluid to put in