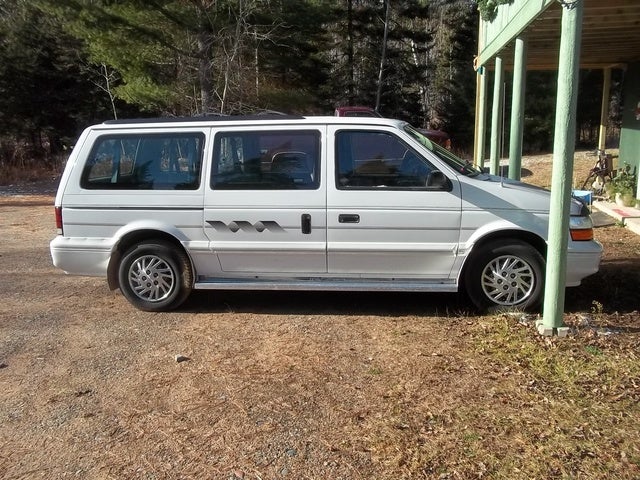 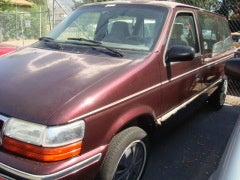 Chrysler minivans account for nearly half of all minivan sales, and the Dodge Caravan is its number one seller entering its second decade. 1995 is the last year of the current generation of Grand Caravans, so very few changes were made in preparation for the new model in 1996.

Most notably, an optional 3.3-liter V6 engine that could operate on compressed natural gas was added, though it never proved very popular. While standard Grand Caravans came with a 3.0-liter, 142-hp V6, the SE, ES and LE trims came standard with the 3.3-liter, 150-hp V6, with an optional 3.8-liter, 162-hp V6. A sports package offered a luggage rack and sunscreen glass.

The Grand Caravans were a popular extension of the Caravan line, because of the increased cargo room and increased engine power. Most drivers find it reliable, with a smooth ride and lots of creature comforts inside, but there are many out there who say it is completely unreliable and fraught with problems. The troubles with the transmission seem to be well-known throughout the Dodge community.

What's your take on the 1995 Dodge Grand Caravan?

Sherwin I really like my 1995 Dodge Grand Caravan. We didn't buy it new but bought it in 2002 when it had only 26,000 miles on it. Now, 2014, it has 192,000 miles and it runs almost as well as it did when we bought it. It has plenty of power, plenty of room, and I actually prefer the body style of this generation. It has not been garaged in the time I've owned it but the paint has held up very well. It has the 3.0 liter Mitsubishi engine and it gets really good gas mileage. I'm no where near ready to give it up. It's been rear-ended twice, totaling out both of the smaller cars which ran into us. My kids think it's invincible and I feel very safe in it.

Have you driven a 1995 Dodge Grand Caravan?
Rank This Car

My 95 Grand Caravan Se, Will Run Fine And Out Of Nowhere It Will Cutout Lik...

I can find a stock fuel filter anywhere, all the auto places, keep showing me fuel filters that only have 2 hoses. The one on my van has 3.. What should/could I do?

Where Is The Crank Sensor Located