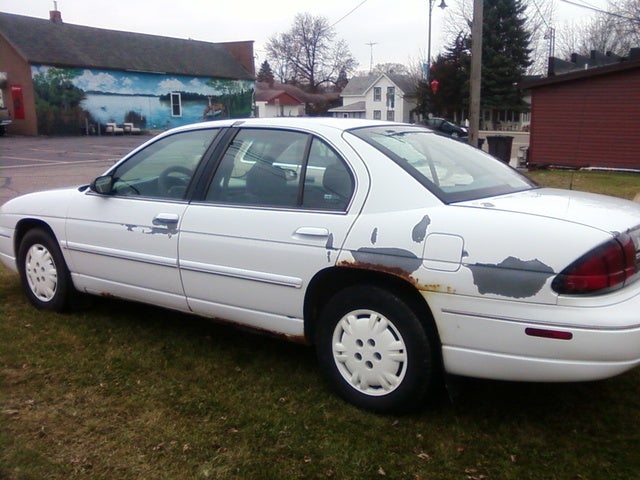 Have you driven a 1995 Chevrolet Lumina?
Rank This Car

good car, the base model is underpowered as only has a 4 speed auto, but it moves when needed to, 0-60 is ok but with the 6 speed its 1 second quicker, the acceleration when already moving is great, s... Read More

Like its a chevy. Dislike the fact it was designed to have parts be purchased quite frequently. Dislike how the simple things are hard to maintenance. Dislike the electrical system layout. Like the wa... Read More

Has been a good car, always gets 30mpgs and has decent power and handles well for a sedan. Is pretty comfortable on long trips, has been a reliable car only problem was the fuel pump went out, but oth... Read More

I love my car and trunk is huge leg room is fantastic interior needs padding on the but area but other besides that nothing is a bad point my tires need to be replaces and the alignment hasn't gone ou... Read More

LOVE MY CAR, it has a lot of nice features, Love that it gets up to speeds up really quick, only costed me $800, really fun car to drive!!! only thing that i do not like about the car is the leathe... Read More

My lumina has been a great family car. It's been very dependable and still runs great. Besides the older styled look of the car, it's still in decent shape and rides nicely. The Lumina may not be t... Read More

Although the outside looked very plain vanilla, inside it was very plush and comfortable. The 3.8 V-6 ran great and it was a surprisingly fast car. This was the first "over powered FWD" car I owned ... Read More

Only needs a floor shift instead of a column shift. Read More

I like the low cost of repairs for this model. Even though the engine is infamous for little problems here and there, it's an overall good car. This . Is the second on of the same year I've owned and ... Read More 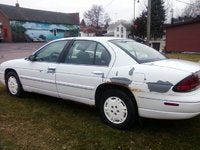 Looking for a Used Lumina in your area?

Have you driven a 1995 Chevrolet Lumina?
Rank Your Car →