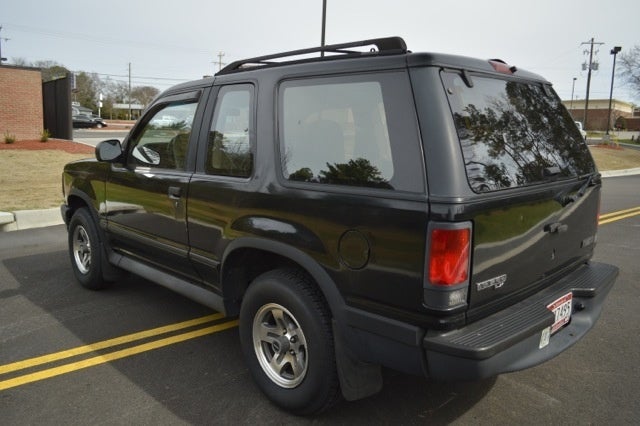 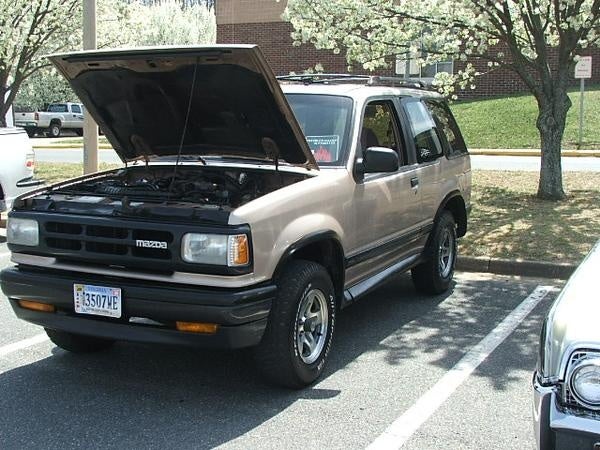 New alloy wheels were about the only upgrades made to the Mazda Navajo for 1994, which was the SUV's final year in production. The two-door Navajo was essentially a rebadged Ford Explorer, with a few changes to the exterior. However, some drivers preferred the Navajo to the Explorer, primarily because of the Navajo's interior appointments.
Two trim levels were available for 1994. A base DX model came in both two-wheel drive and four-wheel drive versions, as did the higher-end LX model. Power was provided by a 160-horsepower, 4.0-liter V6 engine. A five-speed manual transmission was standard across the line, while a four-speed automatic was optional on the LX models.
Standard features for the Mazda Navajo included power brakes, power steering, four-wheel anti-lock brakes, 15-inch wheels, intermittent windshield wipers, and an AM/FM stereo system. The LX added power windows, power door locks, power exterior mirrors, a leather-wrapped steering wheel, and a cassette player. Options included air conditioning for all models, as well as leather seats, cruise control, a tilt steering wheel, and a sunroof for the LX.
Drivers liked the Navajo's acceleration, ride, and reliability, but noted the SUV had some repair and maintenance problems that often went beyond routine. For instance, some drivers noted problems with the vehicle's four-wheel drive system.

Have you driven a 1994 Mazda Navajo?
Rank This Car

where can I find a used tail light lense