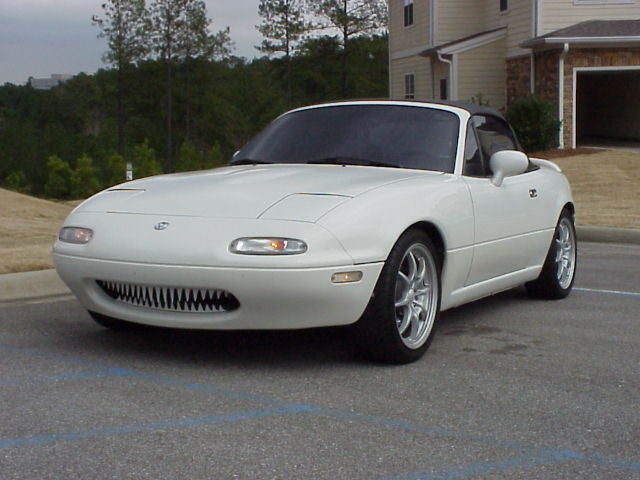 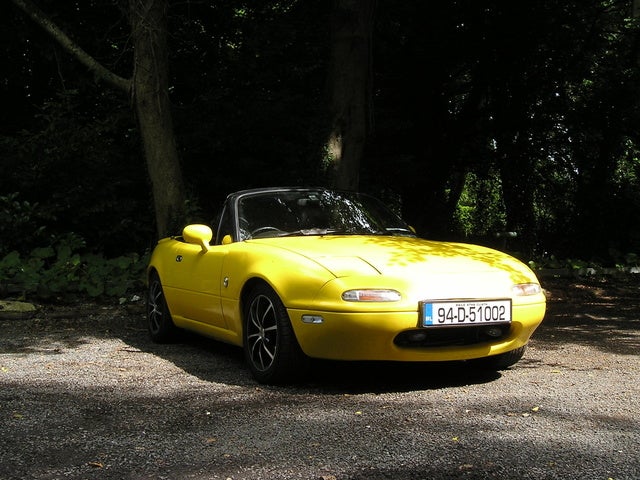 The Mazda MX-5 Miata received a new engine for 1994, which was the two-seat convertible's fifth year in production. Under the Miata's stylish hood was a new 1.8-liter four-cylinder engine that produced 128 horsepower, up 12 hp from the previous year. In addition, the 1994 MX-5 Miata received a larger fuel tank (12.7 gallons) and larger disc brakes, as well as a stiffer suspension and new seven-spoke alloy wheels.
Two new trim packages also debuted later in the model year. An M Edition came with such features as air conditioning, power windows, and leather seats, while an R Edition came with a sport-tuned suspension, front and rear spoilers, and special alloy wheels.
Standard features for the Base edition of the MX-5 Miata included a manually operated soft top, power brakes, a driver's-side airbag, remote fuel and trunk releases, and 14-inch wheels. Options included a removable hardtop, air conditioning, power windows, anti-lock brakes, cruise control, a leather-wrapped steering wheel, aluminum alloy wheels, and leather seats.
Most drivers noted that the MX-5 Miata was a fun car to drive (its main selling point) as well as a good value. The car's handling, styling, and drop-top were also among drivers' favorites features.

Does my 94 Mazda miata have power steering?

How do i go about adjusting the door gaps on my 94 miata?

Can An Alternator Charge Some Times And Not Other Times ?

First time the battery was checked, Advance Auto Parts did not find any problems with the alternator. Second time, they told me that the alternator was not charging. Is that possible ? Do I need to ...

So I have a 94 Miata. Out of nowhere it won’t stay running. My battery light came on. So I took it into auto zone and they charged it fully. I put it back in and it will start just not stay running...