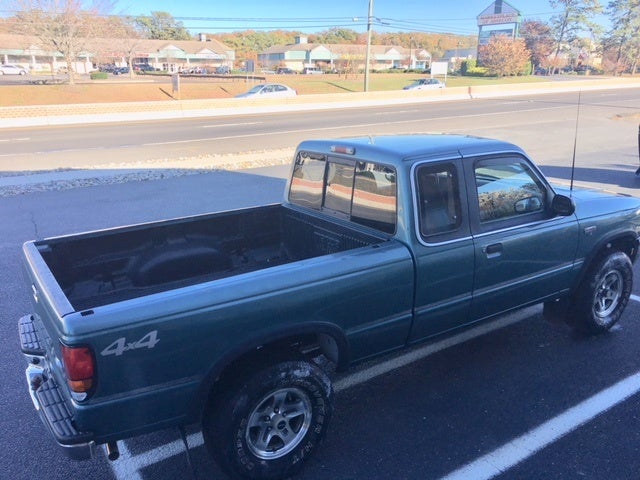 For years Mazda not only sold its own B-Series pickup trucks but also made the Ford Ranger pickups. In 1994, Mazda took the updated Ranger, re-badged it as a Mazda B-Series, made a few changes to the hood, grille, fenders, and lights, and sold it as the next-generation B-Series trucks.

A five-speed manual transmission was standard on all models, while a four-speed automatic was optional on the two-wheel drive models.

As in previous years, standard features for the B-Series were limited, and included power brakes, vinyl seats, and anti-lock brakes for the rear wheels. A cassette player was also standard on some models, while air conditioning, power windows, and power door locks were among the options.

Drivers were generally very positive about the B-Series trucks, noting that the vehicles were reliable and fun to drive. Power could be sluggish on trucks with the smaller engines, but the larger engines were considered to be more than adequate. The four-wheel-drive versions were especially recommended for those driving in wet or snowy conditions.

Have you driven a 1994 Mazda B-Series?
Rank This Car

What radiator will interchange with my 1994 Mazda B4000

135 views with 2 answers (last answer about a year ago)

Increase Power For A Mazda B2300

I have a 94 B2300 what can I do to increase for climbing the mountains between the west coast and the east coast?

My mazda b 2300 manual trans is stuck in 3rd gear. Any ideas would be appreciated on how to fix this issue

237 views with 2 answers (last answer about a year ago)