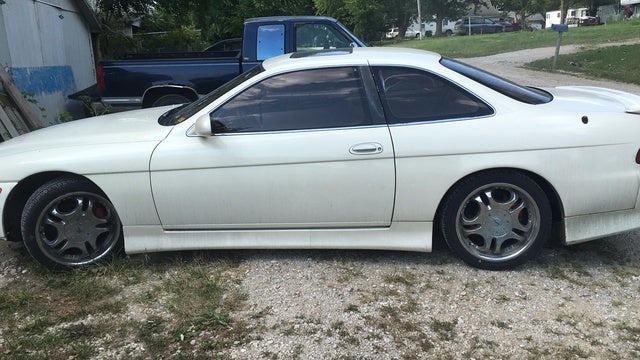 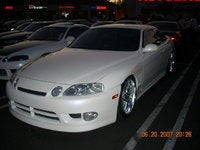 CarGurus has 35 nationwide SC 400 listings and the tools to find you a great deal. 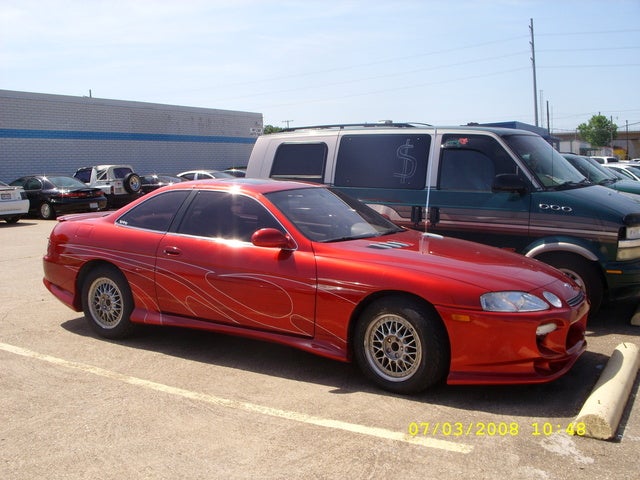 Despite relatively low production, the SC 400 had generated quite a buzz by its third model year. Lexus had successfully infused LS luxury into this attractive coupe. However, questions had arisen about what the SC really was. Was it a luxury car or a high performance coupe? Could it be both? Perhaps it was somewhere in the middle. The only change from 1993 was a change to the air conditioning system, which now adopted a CFC-free refrigerant. More significant exterior changes were still a year away.

The SC 400 utilized the same 4.0 liter V-8 as before. The 250 horsepower engine took the SC from 0 to 60 in 6.6 and through the quarter mile in just over 15. Despite its sleek appearance, the SC was quite heavy at almost 4000 pounds. This high curb weight (3840 lbs) hindered both performance and fuel efficiency. The SC was not as nimble as many of its lighter competitors, and the 18/23 mpg gas mileage made the cost of operation considerably expensive for daily driving.

Despite its bulk the SC was a solid and stable highway cruiser. Drivers commented that body roll through tighter turns was noticeable but not problematic. And the posh ride, which was atypical for a sports car, was consistent with a Lexus driver's expectations. The interior ergonomics were very sporty, and the driver was seated very low for a close-to-the-road feel. So the SC 400 seemed to have attributes of both a luxury car and a sports coupe. Its smaller interior forced the compromise of some comfort found in the LS, and the heavy build compromised performance. As a result, critics argued that the SC did not excel in either category.

Nicole A car that was 20 years ahead of the rest of the pack. This car, and it's little sister, the SC 300, are engineering masterpieces. The team who designed the body honestly could not have done a better job. This car looks timeless. If you were to ask the casual observer what year s/he believed it to be, they would place it in the 2003-2007 range. If you look at the Toyota Camry Coupe or the Solara and the Honda Accord Coupe for the early to mid 2000's, they bear a striking resemblance to this pioneer. Anyone who was able to afford this car when it rolled off the production line kept it in pristine condition and was probably not their daily driver. Its not unusual to see 1994 SC400 with less than 100K on them and with 3 or less owners, which means it has been well cared for. There is always some wear and tear though, no matter how well cared for; I think the most common repair is probably replacing the timing chain. The electronic dash wears out as well. The sound system -- someone will correct me if I am wrong there are after market replacements and some very nice after market touch-screen replacements for the entertainment system. Even if you are not interested in purchasing one of these cars, have a little fun and take one for a test drive. 0-60 in less than 7 seconds weee!

CarGurus has 35 nationwide SC 400 listings and the tools to find you a great deal.

My car wont move after 5 minutes of being on

A 1994 Lexus sc400,I don't have key to reset alarm. I need to know how to disable anti theft,I'm getting sick of dealing with it.

can anybody help me out?? I need a copy of the repair manual... my baby is having little issues.. I'll even pay for the copy.. thx

Where Can I Find Sc 400 Lexus Parts

How Do U Removed Raido