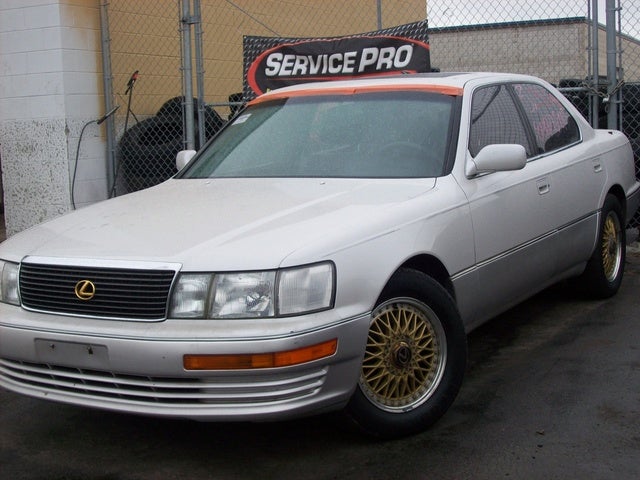 CarGurus has 50 nationwide LS 400 listings and the tools to find you a great deal. 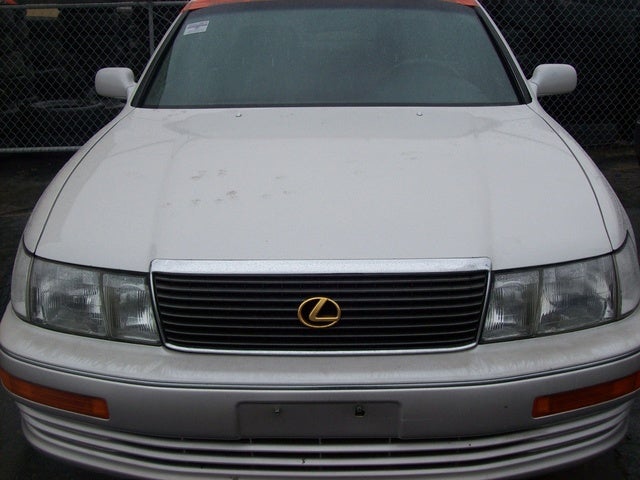 After substantial revision in the prior year, minor trim redesigns were the only changes to the LS 400 for 1994. This was the last year of the LS 400's first generation, and a larger, more powerful version would arrive in 1995. The LS had been a remarkable success for Lexus by its fifth year, offering a unique combination of luxury, reliability, and power. Although the price had continued to creep upward, the Lexus was still considerably more affordable than many of its European competitors.
The engine was essentially the same as it would be in following years, but 1994 was the last before horsepower and torque boosts. For now, horsepower remained at 250, and torque at 260 pound feet. The LS certainly didn't guzzle gas, but efficiency of 18/23 mpg and the need for premium fuel combined for a rather high cost of operation. The arrival of new sportier Lexus models like the SC coupe and GS sedan had lifted some of the pressure to perform off the LS, but the flagship was still offered with an adjustable suspension system that could be tweeked for more road feel.
While the LS 400 was somehow criticized for its lack of driving thrills, well-informed buyers knew what they were getting. In addition to its luxury amenities and reliability, the LS was one of the smoothest and quietest sedans that had ever been made in 1994. Many reviewers felt that exterior styling could use a facelift, after five years of the same, and Lexus would respond with a new generation of LS in 1995.

wwafrr I am still a happy owner of my 1994 LS 400. I purchased in in Jan 2008 with 113.000 miles, it just went over 200,000 miles in Oct 2014. In June 2014, we reenacted the 1991 commercial in which they placed champagne glasses on the hood and raced the motor, this was conducted at the local Lexus dealer. The engine was a smooth as glass and never came close to rattling the glasses. All the readings on the engine were in the top 5% of performance. Other than timing belt, brakes and two starter, car has been excellent.

CarGurus has 50 nationwide LS 400 listings and the tools to find you a great deal.

548 views with 5 answers (last answer about a year ago)

Dash lights may start to flicker and eventualy stay on if the ride is long enough. On occasion the dash lights will be on but go off when headlights are turned on. Fuses are good

Lexus wont accelerate. Just Revs. First started acting up months ago when i was at a red light the car powered off while idling. Started it right back up and drove home. Two weeks later I had g...

I Have A 94 Lexus It Starts Up But No Power On The Seat Lights Our Sun Roof...

No power to the dash lights sets or sunroof