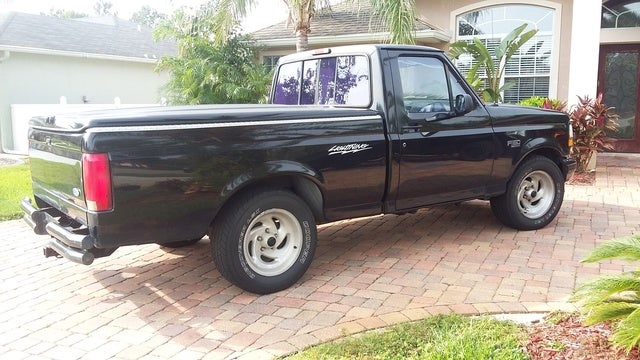 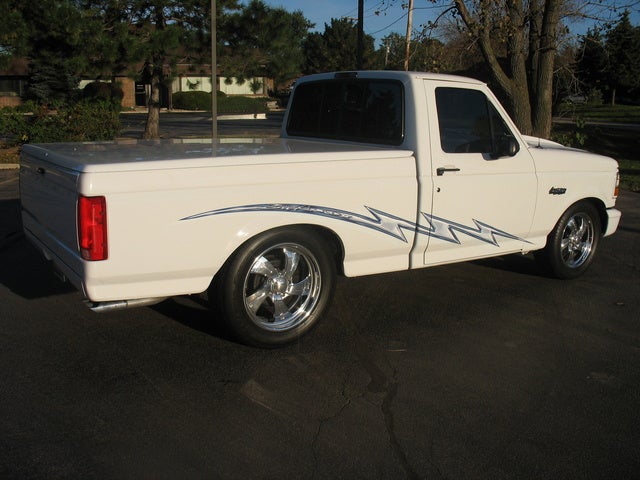 The 1994 Ford F-150 SVT Lightning had an even smaller production run than in the previous year. Demand for the sporty performance truck, which was based on Ford's best-selling F-150 pickup, ran way ahead of supply; even though some buyers were annoyed by the model's only being available with an automatic transmission, plenty of folks were drawn in by the sleek styling and luxury sports interior.

The main selling point for the 94 Ford F-150 SVT Lightning, though, was what was under the hood. A fuel-injected 5.8 liter Windsor V8 engine that clocked at 240 horsepower and 340 ft/lbf of torque made the 1994 Ford F150 SVT Lightning a true muscle truck with impressive power. Modifications to the basic F-150 chassis provided a lower ride and slightly smoother handling.

The 94 Ford F150 SVT Lightning came in only one configuration (standard 2-door cab, short-bed) and only three colors: black, white, and red. Like all of the F-Series trucks, the Lightnings were rugged and reliable; because of the limited production, though, you won't find many of them on the streets (or on the market) today.

What tells the ECM the engine is running on the 1994 Lightning?

Why Is There No Spark From The Coil When The Coil Has Power To It And The D...

i want to put bigger rims on my lightning but i was curious as to what is the biggest size of rim that i can put on my lightning? can it be any kind of 5 bolt rim or does it have to be rims that wer...