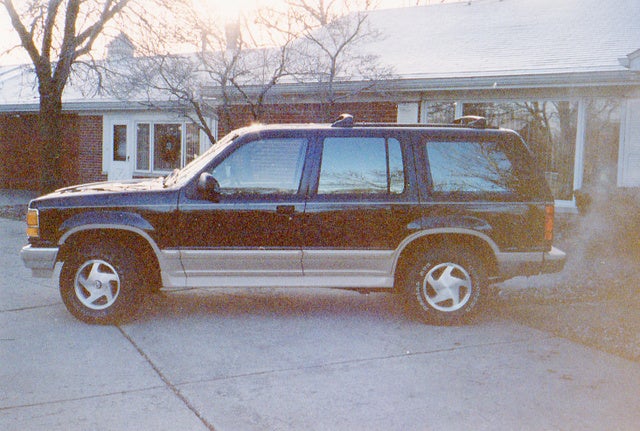 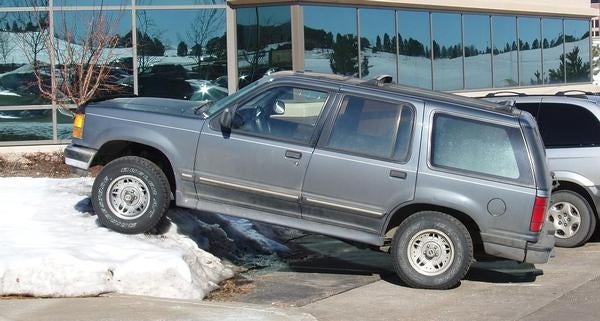 The 1994 Ford Explorer continued to enjoy tremendous popularity in the SUV market. No big changes were initiated for this model year; the '94 Ford Explorer was offered in the same trim lines and bodystyles as the previous year. Buyers had a choice among the Sport, XL, XLT, and Eddie Bauer trims, as well as the luxurious Limited edition, available only as a four-door, four-wheel drive vehicle (other trims came in a choice of two-door and four-door versions, and offered both 4WD and rear-wheel drive options).

Roomy interiors and cargo capacity, as well as the rugged reliability for off-road adventures, were huge selling points for drivers attracted to the new sport-utility vehicle market. The 1994 Explorer promised reliable, safe family transportation, as well as the toughness for which Ford's lines of trucks had earned a well-deserved reputation.

The '94 Explorer also offered a decent amount of power under the hood: its 160-horsepower V-6 engine yielded quick acceleration and strong towing power. When it came to gas mileage, though, the Explorer was less impressive, with estimates ranging from 15 to 18 mpg city, 20 to 22 mpg highway, depending on model.

Brett I cant say enough about my 94 XLT....Ol' green is unbelievable....now with 328,000 miles and zero problems...that's right zero. Turn the key and drive. At 300,000 I had all the filters changed (fuel was original) and a few other maintenance items done but you just cant stop her. I did replace the front seats with some out of a 97 since they were starting to fail and scheduled a new headliner for next week. Other than that she's like new. I've had 88 cars and I have to say with Ford....Quality really is #1

Martz I have 230,000 miles on my 94 XLT with nothing but a minor welsh plug leak left cylinder head. That's it! I just watch the cooling reservoir and put gas in it. Best vehicle I've ever owned. Keep the fluids changed and you'll be running it till ......500K or more?

GuruLFLC8 the transmission crises , it does not move backwords

Have you driven a 1994 Ford Explorer?
Rank This Car

94 Explorer Wont Move In Any Gear While Running

I just picked up a 94 ford explorer 4.0 4wd with the a4ld transmission with intentions to repair or replace transmission I was told by previous owner that it was stuck in drive and still driven th...

Need A Diagram Of Ignition Switch To The Steering Column