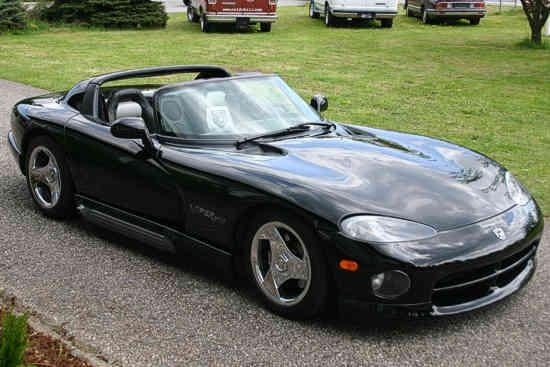 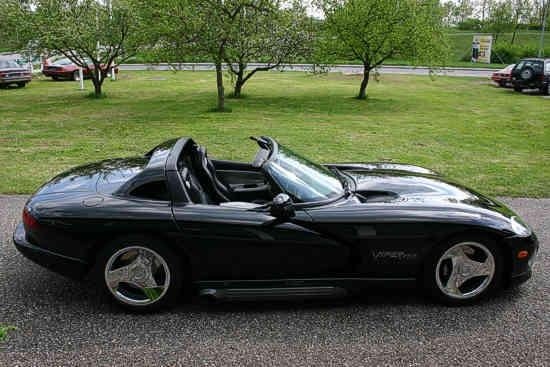 Owners of previous Vipers asked, and Dodge saw to it that they received. The 1994 Dodge Viper was the first year the Viper had air-conditioning installed as a factory option, a major advance for this powerful sports car. But don't worry. In adding this single, but wonderful, comfort, the 1994 didn't lose any of the power or acceleration the Viper had become famous for. With an 8.0-liter 10-cylinder engine churning out 400 hp, the 1994 Dodge Viper is a speed machine.

With its noticeable, low-profile shape, the 2-door roadster convertible Dodge Viper turns most heads it passes. There is very little that's practical about the 1994 Dodge Viper, but it wasn't built with practicality in mind, just speed. Rated at 14 mpg city/22 highway, its 22-gallon tank will take you wherever you need to go quickly, if not necessarily fuel-efficiently. Who wants to drive a Viper in the city anyway?

Owners of the 1994 Dodge Viper love the speed, acceleration, and head-turning ability the Viper has become so well known for. Its lack of creature comforts is still a minor issue, as is the difficulty with putting on and removing the hard-top, but the Viper does what it was made to do: It goes very fast and makes other people jealous.

gcpocd There is simply no other car that gives you the attention and symbol of american icon than the dodge viper. no matter where I drive the car people take photos & video.I have had crowds the minute I park the car gather around and marvel. Kids that were not even born in this period are fascinated with the looks.the sound that this car makes is like no other sound you can duplicate. bang for your buck for the money I will take the Dodge Viper over any car in its range of cost and performance. 94 Rt10 legendary viper red. 4-15-14 Nick California

Have you driven a 1994 Dodge Viper?
Rank This Car

Pricing On My Listing?

Paint is coming off the dash. what is the best options for fixing it. How hard is it to remove, and refinish it?

What year is the Dodge Viper