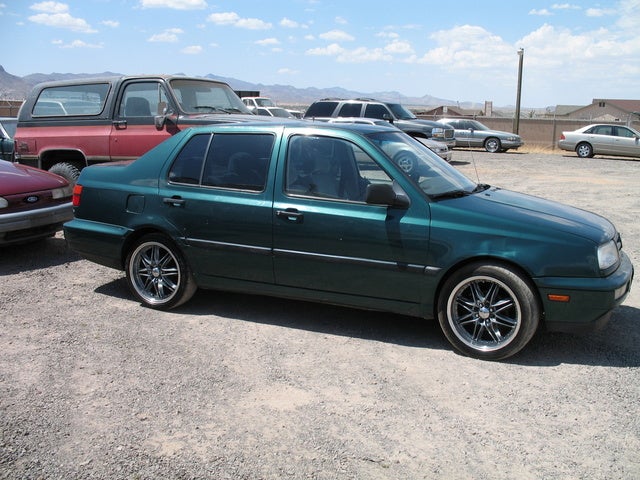 1993 was a changeover year for the Volkswagen Jetta, with some of the older '92 models on their way out and the next-generation models slowly being introduced across the country, starting in California. However, the introduction of the new '93 models was delayed due to labor problems at the carmaker's plant in Mexico, so sales were limited.

The redesigned Jetta came in a sole version for 1993. It was equipped with a new 2.0-liter single-overhead-cam four-cylinder engine that generated 115 horsepower. A five-speed manual transmission was standard, while a four-speed automatic was optional.

Overall, drivers' impressions of the '93 Jetta were positive, with fuel efficiency, roominess, and reliability cited as positive points. However, some drivers reported quality-control issues with the car.

What's your take on the 1993 Volkswagen Jetta?

Have you driven a 1993 Volkswagen Jetta?
Rank This Car

At about 2500 RPM, whether driving or reving the engine in "park", the oil indicator light comes on and a beeping alarm comes on. The light and alarm will intermittently stop and start as I'm drivi...

124 views with 2 answers (last answer about a year ago)

Car Will Not Start Gear Stick In Drive

Where is the recharge nipple located. Car is low on freon.

I need step by step information on how to replace my rear window, like are there bonding agents that I have to use, seals, certain rubber, etc... Thank you

Is The Reverse Of A 5 Speed Manual Fixable