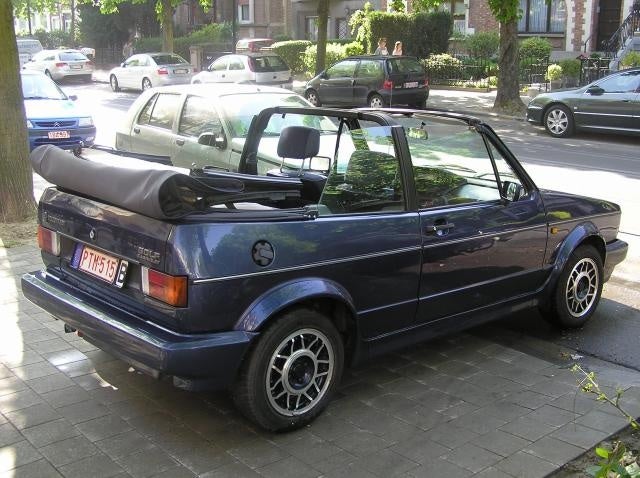 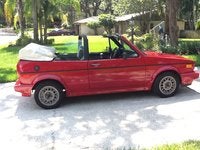 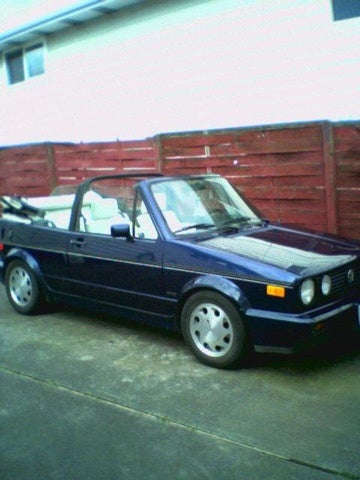 For its final year in production, the Volkswagen Cabriolet was powered by a 1.8-liter, 4-cylinder engine that generated 94 hp. It was linked to a five-speed manual overdrive transmission; a three-speed automatic was available as an option.

New for 1993 was leatherette upholstery in the Base (Standard) model and an upgraded audio system; a CD player was available as an option. In addition, the Carat trim package of the previous year was rechristened the "Classic" package for 1993.

Drivers noted that the Cabriolet was fun, quick, and handled well, although reliability could be spotty. While the cars got good gas mileage, repairs could be expensive. The top was easy to lower and raise, one driver noted, while others pointed out that the car is considered to be very collectible.

What's your take on the 1993 Volkswagen Cabriolet?

Philfolkfest I love my 1993 VW Cabriolet Classic! 250,000 miles and only replaced regular parts and radiator and alternator.

Have you driven a 1993 Volkswagen Cabriolet?
Rank This Car

Ok So My Oil Light On The Dash Board Is Flickering And Im About To Order So...

Im using 10-20 oil should I be using a thicker oil to maybe get a better oil pressure? thanks for the help!

So My Car Runs Good But I Have White Milky Stuff Under The Oil Cap An Under...

My 93 Cabreolet Died As Though It Ran Out Of Gas. Wont Start Now

car died after going through a water puddle on several occassions started up about an hour later. winter timfe I was ppassing a car and drove through a cloud of the fine powder snow the car started...

So I Have A Different Question For My 93 Cabriolet Vw There Is Milky White ...

Im not sure if its a base or classic.

Idles Rough, Alternator Vibrates, Give It Some Gas And It Stalls

Just changed battery and alternator on it because of the same symptoms, however the car did run prior to the new items. Idles fine but rough shaking of alternator, (old alternator was grinding insi...