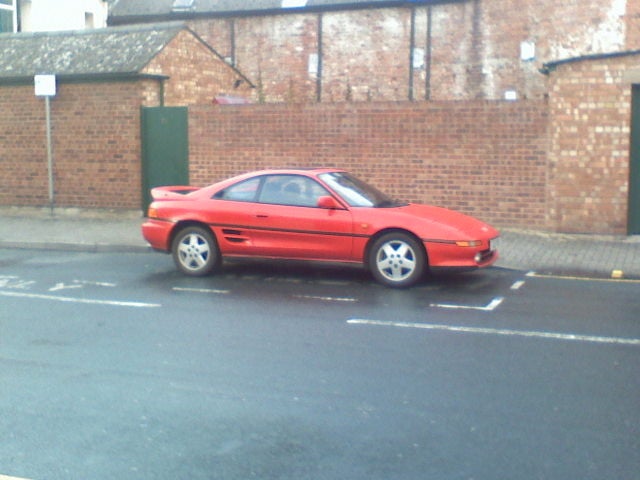 CarGurus has 7 nationwide MR2 listings and the tools to find you a great deal.

Average user score
4.9 ⁄ 5 stars
Based on 26 reviews
Excellent Handling, Good Power, Good Fuel Economy, Quite Possibly The Hardest Car To Drive by Adam — Great car, Good performance, Toyota quality, Excellent handling (really couldn't be better), Quite a range on fuel economy (depends heavily on driving habits). Capable of getting 40mpg with pulse + co... Read more
1993 Toyota Mr2 N/a by Mike — I bought this car 3 weeks ago, it's excellent. The 17s are too big, the brakes are worn a bit, but it looks great with the Ferrari proportions, handles well with the mid engine set up, and even gets ... Read more
'93 Mr2 Rules Ok by Paul — Excellent car, I have previously owned 4 AW11s and am now living with my 3rd SW20, can't say enough about them. Good performance from 2Litre engine N/A even better with Turbo. Great cruising car espec... Read more 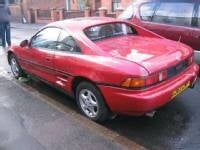 The 1993 Toyota MR2 saw a number of performance improvements. The suspension saw a number of changes intended to reduce the risk of rear-end breakaway in hard turns, including reduced height, higher-rate springs and shock absorbers, stiffer bushings, and longer rear toe-control arms. The 1993 MR2 also got bigger wheels, a larger air intake, and more horsepower in the base engine. The turbo was only available as the T-bar coupe, which saw an increase in the amount of standard features.

The 1993 MR2 came in three trims: a coupe, a T-bar, and a T-bar turbo. The turbo T-bar was the high-end version, with air conditioning and power windows and locks coming standard. The regular engine was a 2.2-liter, 135-horsepower four-cylinder. The turbo charged version was 2.0-liters and offered 200 horsepower. It came standard with a five-speed manual transmission, but was available with a four-speed automatic. The 1993 MR2 was rear-wheel drive, with the engine mounted behind the seats. Fuel economy was about 20/27.

The MR2 has almost a cult following, and the 1993 was no exception. Drivers appreciated the improved suspension, which made the car safer to drive. They also find the car very fun to drive, with excellent handling and comfortable seats. However, some drivers complain that the rear tires wear out very quickly, and repairs and insurance are usually expensive.

CarGurus has 7 nationwide MR2 listings and the tools to find you a great deal.

Uploading More Photos To My Add I Just Placed For Mr2

I can get then photo to upload from here. see below. just uploaded this one

What Would Cause The Brake Lights To Come On, And Stay On When The Car Was ...

Unsure on year and stuff but I know it's an sw20 with 3sge auto the gears I have are park and drive.... Reverse neutral and all other gears make car drive forward even when in park it feels like it...

I am having a very hard time tring to find some place to purchase a new glass sunroof for my 1993 MR2. I have been restoring my car and want to replace the glass as it has a crack in it but doesnt le...