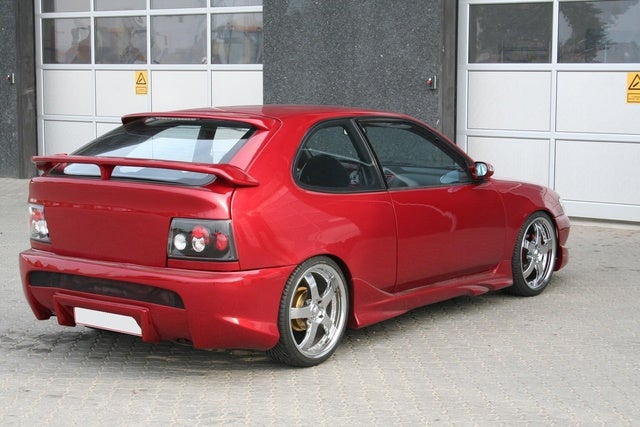 The Toyota Corolla got a redesign for 1993. It was significantly larger than the previous generation, but kept the same base engine. However, for the first time, an upgraded engine was available on the more expensive sedans. The new Corolla was a little less angular than its predecessor, but the styling was not radically different.

Toyota got rid of the All-Trac wagon for 1993, leaving only the sedan and a front-wheel-drive wagon. The 1993 Corolla sedan was available as the base model, the mid-level DX and the well-equipped LE. The wagon was available as a DX only. Those purchasing a DX or LE sedan could choose from the old 1.6-liter engine or the new 1.8-liter, 115-horsepower engine. Fuel economy, depending on the engine and transmission, was about 26-33 mpg.

Drivers love the 1993 Corolla for its typical Toyota dependability and endurance. Many complain that the interior is short on space, especially in the back seat.

What's your take on the 1993 Toyota Corolla?

Users ranked 1993 Toyota Corolla against other cars which they drove/owned. Each ranking was based on 9 categories. Here is the summary of top rankings.

Have you driven a 1993 Toyota Corolla?
Rank This Car

My 93 Toyota Corolla Will Not Start. It Turns Over Fine But Dosent Start

my 93 toyota corolla will not start. It turns over fine but doesnt fire up. the spark from the plug appears to be weak, today i put a new colil on it but that did not fix it. i need to know what else

Does The Car Have To Be Warm Before Trying To Code?

I have a 93 Corolla 1.8 7A-FE. The CEL is on. I have tried the jump many times, but the light does not blink. Does the car have to be warmed up first? I have new spark plugs and wires fuel pump and...

Can I Get To The Top Of The Gas Tank By Taking Out The Back Seat?

I had the gas tank replaced in Ca. and now I live in Az. so its not a simple matter to take it back to the repair shop I smell gas and i'm pretty sure its leaking from the top of the gas tank I know i...

I'm swapping the engine out of my 93 Corolla so I have to remove all the connectors that come out of the engine. There is no obvious way to remove the main connector from the engine to the relay bo...

Can I replace 4afe 93 model ECU with 97 of the same type engine?