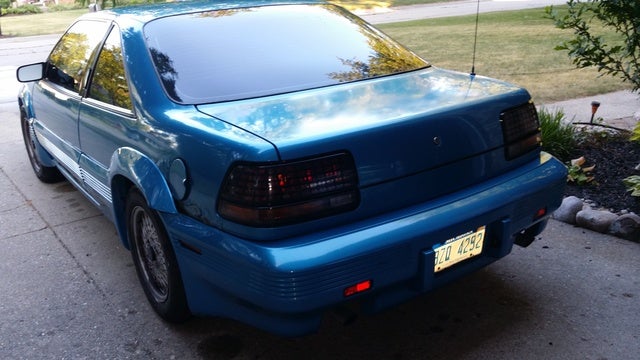 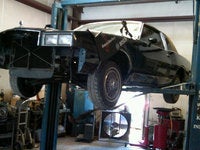 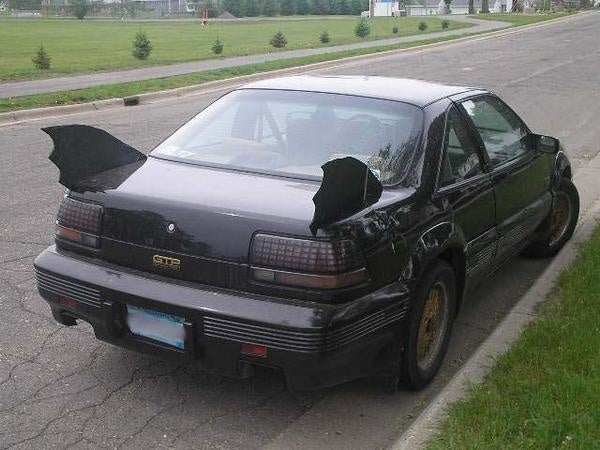 A wide track body helps ensure that the 1993 Pontiac Grand Prix can maintain its mid-size rating while still fitting four people comfortably in either the four-door sedan or two-door coupe. With powerful V6 engines under the hoods of its various trim levels, the 1993 Grand Prix also promises a bit of fun and power on the road.
Three sedans and two coupes make up the Grand Prix line. The SE coupe and all sedans, including the performance STE, feature a 3.1-liter, 140-hp V6. Both the LE and SE sedan come standard with a 3-speed automatic, but new in 1993 is an optional 4-speed automatic on these models. The GT coupe rockets along with a 3.4-liter, twin cam, 350-hp V6. Both SE and GT coupes have a standard 5-speed manual or optional 4-speed automatic. The STE, already equipped with a sports suspension, can be tricked out with the higher horsepower V6. Another addition in the 1993 Grand Prix is standard power locks across the line. Power windows and ABS brakes are only standard on the STE and GT coupe.

The base model LE sedan is not neglected, however. It comes standard with air conditioning, fog lights, and tinted glass. A new Sport Appearance Package gives it the heads-up display, center console, bucket seats, ground effects, and aerodynamic body panels.
Both V6 engines are fast and sporty, say 1993 Grand Prix owners, and deliver a surprisingly fun ride for a family-sized car. Handling is smooth and pickup is immediate and quick. Owners also like the looks of the Grand Prix and the bigger interior room compared to similarly priced cars. However, the Grand Prix seems to need a lot of repairs early on, its brakes are insufficient, the power windows fail, and the interior door handles have a tendency to fall off. Others complain that the cabin and dash materials look cheap and plastic.

What's your take on the 1993 Pontiac Grand Prix?

Have you driven a 1993 Pontiac Grand Prix?
Rank This Car

Size And Quantity Of The Gas Tank

How many gallons EXACTLY is a quarter of a tank of gas in a 1993 Pontiac Grand Prix?

I just replaced my power steering pressure line and my car now seems to be running hotter. I've done some research and, to be honest, I usually run my AC during warm weather. Today I decided not t...

The car starts up most of the time but dies out very quickly. It tries to stay running but cant. Fuel pump, fuel filter are fine and changed. ALternator is working correctly. There seems to be a oi...

93 views with 3 answers (last answer about a year ago)

I have everthing taken apart. Removed the outside side and bottom trim. Cant get the window to slide in.