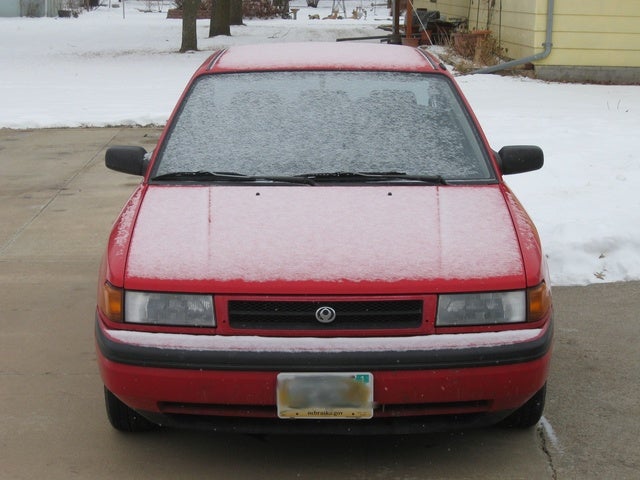 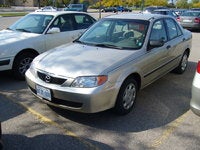 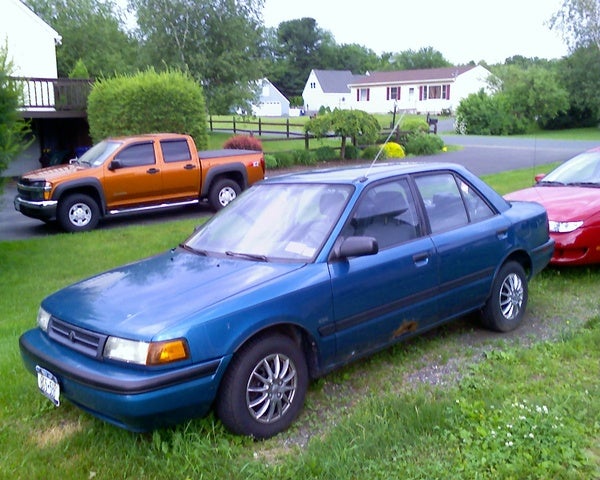 Mazda added some minor equipment upgrades to its Protege sedans for 1993. For instance, the entry-level Protege DX trim package added power steering and a remote trunk release to its list of standard features, which also included power brakes and a rear-window defroster.
The list of standard features for the higher-end Protege LX remained the same as the previous year, and included power windows, power door locks, power exterior mirrors, cruise control, a tilt steering wheel, 14-inch wheels, and an AM/FM/cassette stereo system.
Mazda also updated its badging on the Protege.
As in previous years, the Protege DX was powered by a 1.8-liter, four-cylinder engine that generated 103 horsepower, while the LX trim package received the same 1.8-liter four-cylinder, but twin cams boosted its horsepower to 125. A five-speed automatic was standard for both models, while a four-speed automatic was optional.
The Protege's aggressive performance, responsive handling, reliability, sporty looks, and interior comfort were some of its positive factors, drivers noted. On the downside, drivers had some minor quibbles with some of the Protege's interior appointments.

Have you driven a 1993 Mazda Protege?
Rank This Car

How To Repair Rear Disc Brake

How Do I Change The Rear Brakes For Mazda Protege Dx 1993 Rear Disc?

How do you change struts on a Japanese vehicle?

How do you change struts on a Japanese vehicle?

Brand new throttle cable and belts all new. 1.8 liter engine. The other day I turned on the heater and it been running like nothing is wrong.