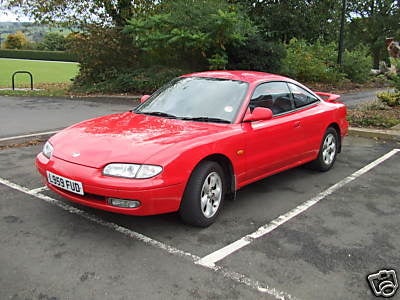 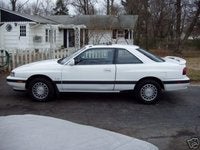 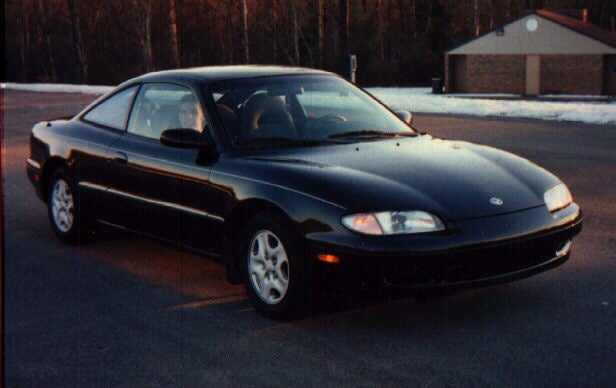 Coming out of Michigan rather than Japan, and built in a plant shared by Mazda and Ford, the MX-6 sport coupe entered its fifth year in production with a major redesign, resulting in a sleeker look, an expanded list of standard features, and more power under the hood.
The base (or standard) MX-6 received a 118-horsepower, 2.0-liter inline four-cylinder engine, while the higher-end LS version got a nice kick in the power department with a 164-horsepower, 2.5-liter V6. A five-speed manual transmission was standard, while a four-speed automatic was optional.
Standard features for the base model included power brakes, power windows, power door locks, and power exterior mirrors, as well as a driver's-side airbag, cruise control, a tilt steering wheel, and an AM/FM/cassette audio system. The LS added such features as fog lights, an anti-theft alarm system, and alloy wheels. Options included air conditioning, a sunroof, anti-lock brakes, and leather seats (the latter for the LS only).
The MX-6's styling and sportiness proved to be attractive to many drivers, who also liked the car's ride and quickness. On the downside, many noted that the back seat could be cramped, and some drivers reported that their cars needed frequent repairs.

What Needs To Be Done To Get An MX6 Running That 's Been Parked For Years?

Hi, I came across a low mileage (47K) 1993 Mazda MX6 LS that's been stitting for 12 years. I'm told it was in great running condition previously. So I'd like to know what needs to be done to get it...

How Do I Fix Mazda MX6 Clutch Fluid Leak Inside The Car Onto My Shoe And Ma...

1993 Mazda MX6 LS. Appears to be leaking clutch fluid at the clutch pedal area and on my left shoe. How do I fix possibly by myself ? What parts do you think I will need? I have had a sticking pedal f...

Strong Air Flow But NO HEAT In Cabin

Not sure if my problem maybe the blend door. I did the following checks based on my problem regarding no heat in cabin. Air flows quite well but not warm/hot. Checked the hoses from heater core both h...

Hello this is a follow up from my earlier question a few days ago. Thank you for your speedy responses but I have some further questions. Attached are some pics of the leaking master cylinder. My ques...

we have changed the idle air control valve with a used one, replaced the alternator, cap & rotor, but it still has this erratic idling, any ideas?