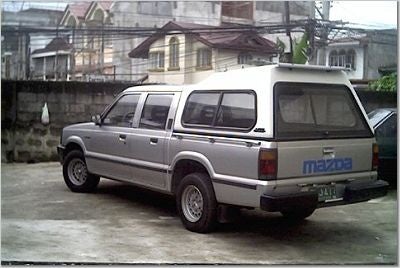 Mazda added no new features to its B-Series pickup trucks for 1993, so the models that appeared in showrooms were virtually the same as those sold the previous year. The pickups were divided into two basic categories -- standard (or short) cab and extended (or cab plus) versions. Both standard and extended cab models were available with either two-wheel or four-wheel drive.

Other standard features for the B-Series included vinyl seats, power brakes, and anti-lock brakes. Air conditioning and a cassette player were among the few options.

Many of the early- to mid-1990s B-Series pickup trucks are still available today, and despite their high mileage, the trucks tend to be reliable, according to drivers, who also noted that the vehicles often required few repairs beyond routine maintenance.

Have you driven a 1993 Mazda B-Series?
Rank This Car

I need to replace both front buckets. What other Mazda vehicles have the SAME seats? This is NOT the Ford Ranger body.

Wondering What Would Cause It To Start Run Then Warms Up And Dies Then It C...

we have replaced the computer,head/gasket,engine,oi...

57 views with 2 answers (last answer about a year ago)

what is the breakin procedure for new camshaft

How to remove dome bulb and replace