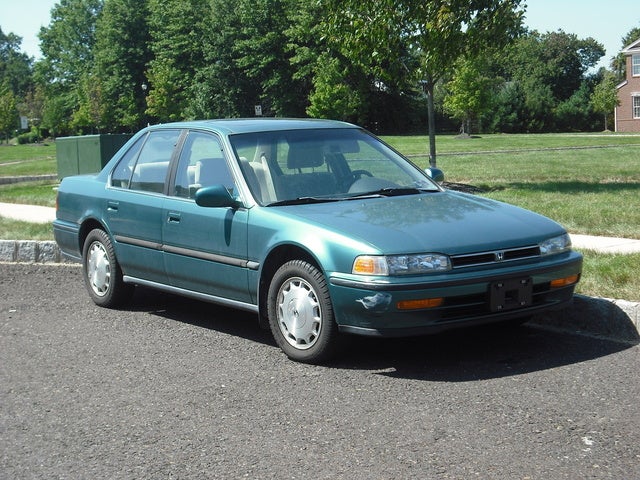 Have you driven a 1993 Honda Accord?
Rank This Car

Vehicle is excellent. Great performance and with all its features its very luxurious. Read More

I LOVE IT! Its sporty, classy, & sexy! Not to mention its modem features! Read More

2020 Accord has all of the top features and Honda Sensing is now standard. Interior is comforting for longer trips and great fuel economy. Read More

Just purchased yesterday but already have 300 miles on it. Drives great I opted for manual transmission and got the 2.0 engine. Plenty of power very nice exterior and interior. The only thing it does... Read More

The driver lacks the comfort. This car not good for long drives. Read More

Pleasure to drive, smooth, classy, quiet ride. Fun when you want it to be. 6 Spd manual gearbox is crisp and responsive, car is very stable at higher speeds, handles well but you can definitely feel i... Read More

Im happy with my new acquisition, I think this car is Underrated for what it is, it provides all the safety that other models have at a higher price. Read More

this car has everything I wanted in a car with premium sounds and Nav. Read More

Cars compared to 1993 Honda Accord

CarGurus has 35,591 nationwide Accord listings starting at $888.

1993 Honda Accord Trims For Sale