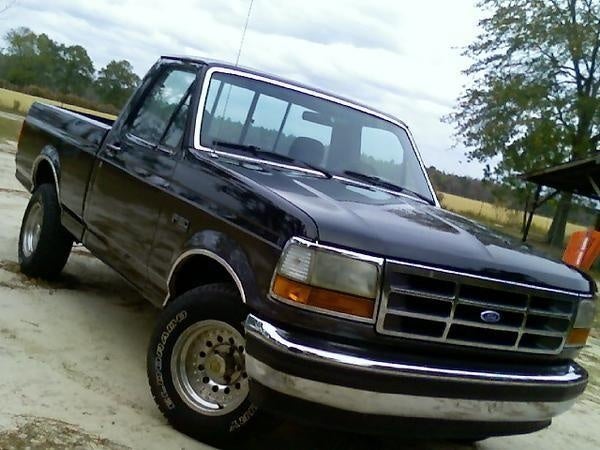 Average user score
4.5 ⁄ 5 stars
Based on 43 reviews
Buy It by Anthony — *This truck was not very fast by any standards *brakes were great stopped on a dime for a truck *handling was not premium, it has a very wide wheel base so it did not turn very well *this truck wng... Read more
1993 Ford F-150 by William — I love this truck As long as you take care of it this thing will do what ever you want it to. I can't really judge how well its built because I don't think the previous owner took very good care of ... Read more
Toughest Truck Made by Justin — After 187.000 miles this truck has done it all. Burried to the fenders in mud, pulled anything and everything you can think of, been hit three times has never left me on the side of the road. She is s... Read more 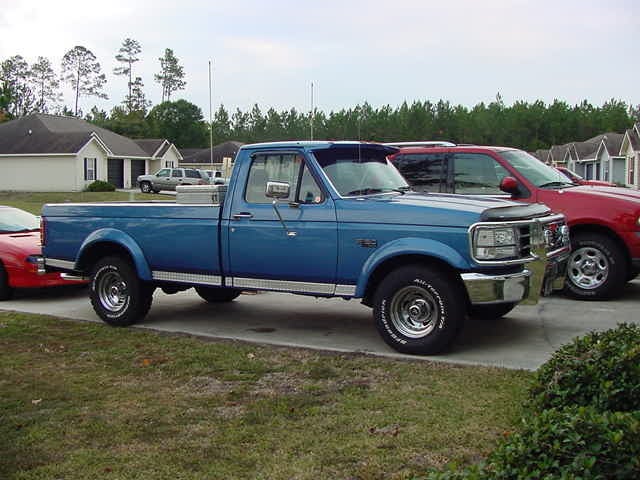 Not content with last year's innovations, the 1993 Ford F-150 offered the same broad range of trims as the 1992 model year, and also spun off the sporty SVT Lightning pickup.

Loyal buyers had plenty to choose from when ordering their 93 Ford F150, though: trims available included the XL, XLT, and XLT Lariat; cab configurations included a standard cab and extended-cab supercab in 2-door and 4-door setups; and both short-bed and long-bed versions of the truck were on offer.

The 1993 Ford F150 provides plenty of power for farm and ranch, with a choice with fuel-injected engines ranging from a 4.9 liter, 150-horsepower straight-six to a 5.0 liter Windsor V-8 to an IDI Diesel V8 putting out an awesome 195 horsepower. The 93 Ford F-150 has the rugged reliability for off-road adventures, too, with its four-wheel-drive options. A sweet muscle truck for tuners or anyone looking for a project!

779 views with 3 answers (last answer about a month ago)

I will be driving down the road and all of a sudden my truck will start grabbing in the front end and nearly slow me down or sometimes I have to pull over! Some people say it’s my breaks/calipers ...

Cannot Verify My Id And Trying To Buy A Car

Do You Ship Car To Michigan

do you ship car to michigan