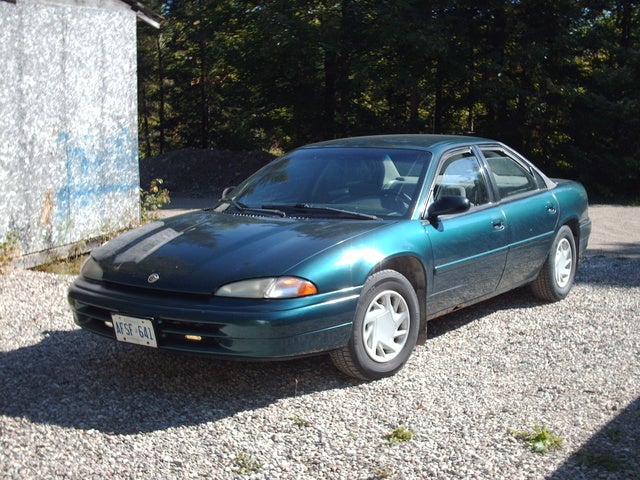 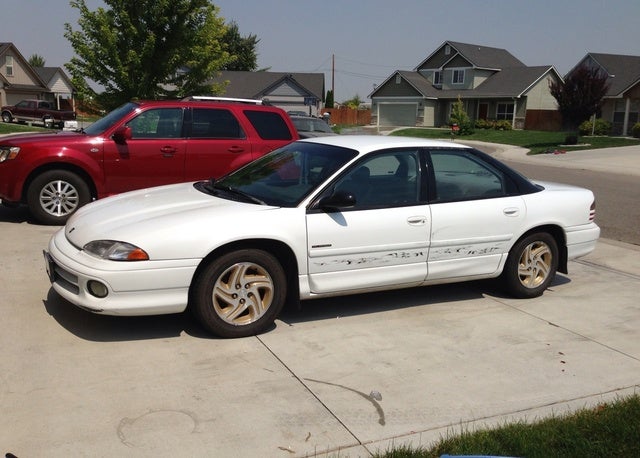 In 1993, Dodge introduced what it claimed to be its largest car, the four-door Dodge Intrepid sedan. The Intrepid's claim to fame was its unique "cab-forward" design, which lengthened the interior cab room, allowing for an abnormally roomy back seat. A low-slung windshield and wheels that were moved closer to the ends of the car meant an extended cabin with more interior room. The shorter overhangs meant a longer wheelbase with greater handling and stability.

The 1993 Dodge Intrepid came in only two trims, the base and sportier ES. Both came standard with a 3.3-liter, 153-hp V6, but could be upgraded to a newly designed and more technologically advanced 3.5-liter, 214-hp V6 engine with four valves per cylinder. This extra power gave the Intrepid great acceleration power. Also standard were dual front airbags and air conditioning. ABS and traction control were optional. Inside, the dash was designed with a sporty flair, wiht an instrument panel laid out cockpit-style.

The favorite features for drivers were the Intrepid's great speed and its leg-room friendly back seat and huge trunk. The handling was easy and tight and the exterior stylish. However, most drivers were unhappy with the constant repairs that had to be done to their 1993 Intrepid, most notably on the air conditioning and transmission. The time and money spent on repairs overshadowed the fun of driving this full-size sedan.

What's your take on the 1993 Dodge Intrepid?

Have you driven a 1993 Dodge Intrepid?
Rank This Car

Wher is the crank position sensor located on a 3.5 1993 Doge intrepid?

My Dodge Interpret Don't Have Power In Spark Plug

Can You Identify What The Problem Is When My Car Stumbles Upon Acceleration...

In Addition To The Stumbling Problem With My 93 V6 Intrepid, It Also Misses...

water pump houseing nipple is it a slip fitting or threaded