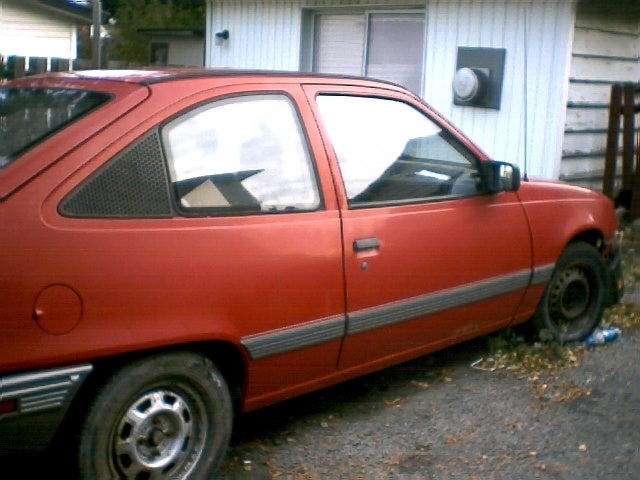 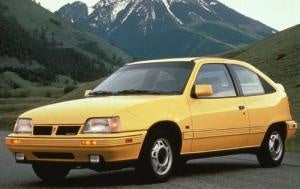 The little compact car that could. The 1992 Pontiac Le Mans changed nothing but its trim names this year. The former LE badge was replaced with SE, so now you could buy either an SE sedan, or SE and Value Leader coupe.

All cars in the 1992 Le Mans lineup had the same 1.6-liter, 4-cylinder, 74-hp engine. The SE sedan and coupe came standard with a 5-speed manual, optional with a 3-speed automatic. The Value Leader coupe only offered a 4-speed manual transmission. At a rated 28/37 mpg, the 1992 Le Mans was a great first-time car or budget commuter car, easy on gas and with enough pep in its engine to keep you interested on the road. The bottom of the line Value Leader featured bucket seats, power brakes, and a rear defrost. A radio and sunroof were optional. The slightly more outfitted SE sedan came with rear defrost, a radio, power brakes, and tinted glass. The SE coupe was much flashier, with sporty aspirations in its 2-tone paint, tachometer, fog lights, rear spoiler, and special steel wheels. Both SE trims could get a sunroof, power steering, and air conditioning as options.
A good reliable economy car is what most owners have to say about the 1992 Pontiac Le Mans. Though nothing special in terms of horsepower, the handling is decent, turn radius relatively small, and some even think it's fun to drive. Gas mileage is the biggest draw, but drivers also like how much room is in this compact and the fact that the rear seats fold down to expand the already large trunk. Negative comments mention sloppy braking, poor acceleration, and that aftermarket parts are hard to come by.

Have you driven a 1992 Pontiac Le Mans?
Rank This Car