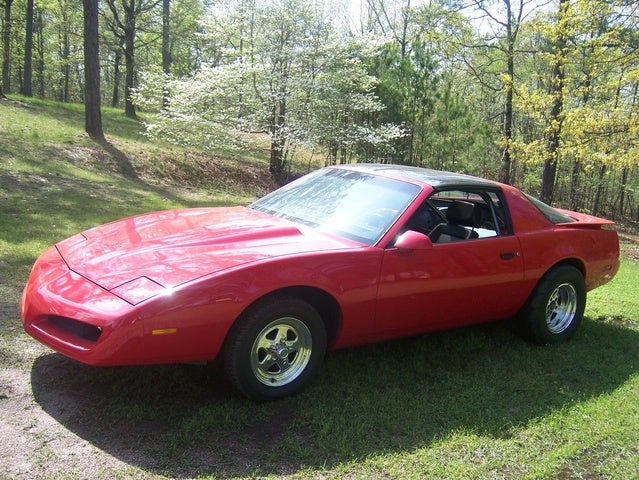 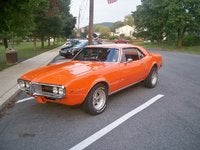 1992 was the last year of the third generation Pontiac Firebird and brought with it very few changes and very few cars. Pontiac anticipated the desire of its customers to wait for the 1993 models, and as a result, limited production. Four engines were availabe as a 2-door coupe. Base models featured a 3.1, 140-hp V6 and the Formula had a 5.0 175-hp V8. The Trans Am 5.0 V8 hit 205-hp, but got an upgrade with the Performance Equipment Group to 230-hp, and the GTA took off with a 5.7-liter, 240-hp V8. All V8s were TPI tuned port-injection engines. A 5-speed manual was standard and auto tran optional, except on the GTA, which only offered an auto tran. A convertible was also available with the 3.1 V6, with an option for the 5.0 V8 Trans Am engine.
The biggest news for the 1992 Firebird was the Street Legal Performance package option on the Formula trim. Named the Firehawk, it turned the Firebird into a proper street racer. Custom-built to consumer specs, only 25 were ever produced (only one convertible). The Firehawk basically featured the 350 V8 engine with 350-hp and 390 lb-ft of torque, a 6-speed manual transmission, 17-inch performance tires, high-output cylinder heads, a performance Dana 44 rear axle, and a Falconer intake manifold. Combined with the Competition package, you also got Recaro sports seats and harnesses and a roll cage. It supposedly hit 0-60 in 4.6 seconds. These were extremely rare, but very cool.
For the common 1992 Firebird owners, they were happy with the regular V8 power, and even the V6 was fast and fun. Excellent suspension and handling made for a sporty ride, though the stiffness did sacrifice some comfort for roughness. Fold-down rear seats and the hatch offered surprisingly good cargo space. Of course, the style is a big head-turner, say owners, who like that the Firebood looks more expensive than it is. Aside from the rough ride, other complaints include rattles and squeaks, inadequate rear passenger room, and a desire for more horsepower.

What's your take on the 1992 Pontiac Firebird?

vanlorne I own one, it is great

Sharlee I love my convertible! I just wish I had the money to make it nice again.

GuruBYVC9 I owned a brand new one. Piece of junk. by 25,000 miles cassette deck stop playing, air-conditioner stopped working, t-tops leaked, starter went out, had an acceleration surge where it wanted to take off while your foot was on the brake pedal at a red light. Plus it always sounded like it was loaded with loose nuts, bolts and washers. Switched to the Honda brand of cars and have never looked back. 7 Hondas later and over 200,00- miles on each one with nothing more than routine service done to them. Which is why Honda is still in business.

Have you driven a 1992 Pontiac Firebird?
Rank This Car

Does Anyone Have A Clue What Is Wrong With My Radio?

Hi there! I own a 1992 Pontiac firebird and I have a few small problems. One regarding the radio. We the power button is pressed and the key is in the ignition the radio will turn on most of the tim...

26 views with 6 answers (last answer about a year ago)

How Many Formulas With T-tops,5.0

0.5v To Starter Relay No Crank, Click, Or Security Light

My 92' Firebird that I just acquired will not start. I bypassed VATS security with resistors so the security light now shuts off. I replaced my positive battery lead that was shot and the only thing...

I Have A 1992 Firebird With The V8 Carburetor 4 Speed Overdrive Automatic T...

Just want to know what the exact name of my car is whether it's a Formula Firebird or a G-8 Firebird. It houses 350 with a carburetor 4 speed overdrive transmission It's all electric has all gauges...