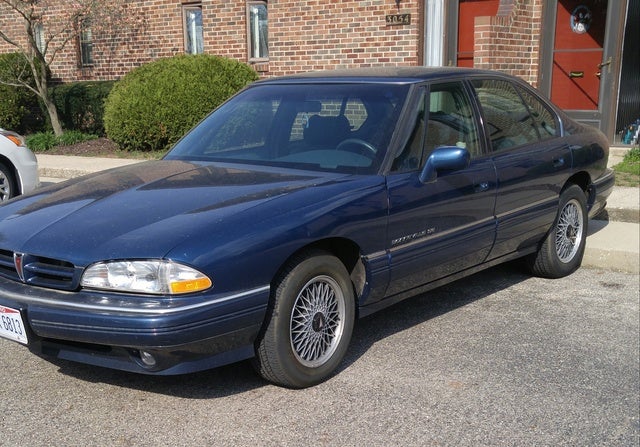 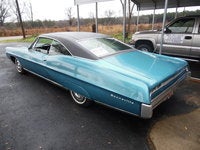 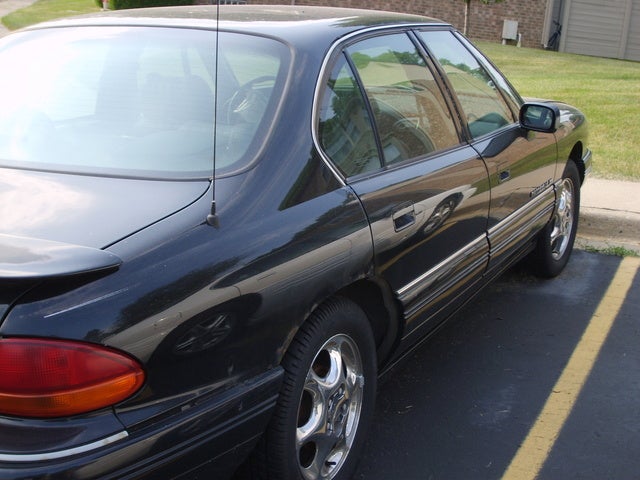 Out of the box and into a sleeker body, the luxurious 1992 Pontiac Bonneville gets a much-needed modern updating to its exterior. Gone are the squared-off edges, in favor of more rounded, sloping lines. The base LE trim is dropped, and the 1992 Bonneville now is offered as an SE, a sportier SSE, and the supercharged SSEi. The SE and SSE are powered by a revamped 3.8-liter V6 that now gets 170-hp. The supercharged SSEi tweaks that engine to put out 205-hp and 260 lb-ft of torque. All are paired with a 4-speed automatic transmission.
Also new in 1992 is standard dual airbags, to comply with new government regulations. ABS brakes are standard on both the SSE and SSEi, and an option on the SE. The SSEi also comes with traction control. As the top-of-the-line trim, the SSE and SSEi basically offered the same features, with the main difference being the supercharged engine. The SE was now more like last year's LE, with basic features such as fog lights, power windows and locks, and air conditioning, and an opportunity to purchase more options.

The 1992 Bonneville is a full-size sedan for six people, and drivers say the roominess, combined with the comfortable seats, turns it into a spare bedroom. It's smooth and relaxing for long rides, and the new engines are fast and fun to cruise on the highway. It even handles hills well. The Bonneville is solid and indestructible as well, and the SSEi has the feel of a sports car. Disappointed owners report problems with the electrics.

What's your take on the 1992 Pontiac Bonneville?

GuruSHJ89 I have a 1992 Pontiac Bonneville. I got it in 2018 with only 154,923 miles. I have never took it on the road, but I have put 375 yard miles on it within 11 months. It has the original 27 year old 3.8 v6 with nothing done with the engine. It is quite a long roomy car that is actually as long as my dads 04 2500 silverado regular cab long bed. It has a lot of trunk, cab and nose room. There are six seats with a shiftier on the column. It is honestly the tiniest column shiftier I have ever seen, but it does.It had bald tires in the winter, and it still made it in two inches of snow before it decided to spin out. It has an exhaust leak, but that is usually expected on a 27 year old car. It used to have starter problems, and master cylinder problems, and it fixed itself. We bought it with it sitting in a field for 5 years, and still runs like the 1992 year. Apparently right before it sat for 5 years it had an all new transmission which holds up good. The frame has no rust. The bearings and rods are still restless. It has been in 4 inch deep mud and made it out with bald tires on its own power. It is super reliable and starts every time. The 3.8 v6 is a legendary engine and powerful. I love my 27 year old 92 Bonneville because now it is 6/1/2019.

Have you driven a 1992 Pontiac Bonneville?
Rank This Car

What Type Of Motor Oil To Use

My car turns over but, won't start. Everything comes on. Brand new battery and, it has gas. What could cause that?

I Have A 1992 Bonneville Pontiac

My car dies on right turns and if im going to slow, (like through parking lots and intersections), it stalls when its hot out, the e-brake keeps falling down when i don't even touch it. It dies ove...

Why Won't My Car Run At Idle,

Hey my car will run when i press on the throttle and hold it but it shuts off at idle. What's the problem

Can I Interchange A Steering Column From A 1996 Bonneville To A 92 Bonnevil...