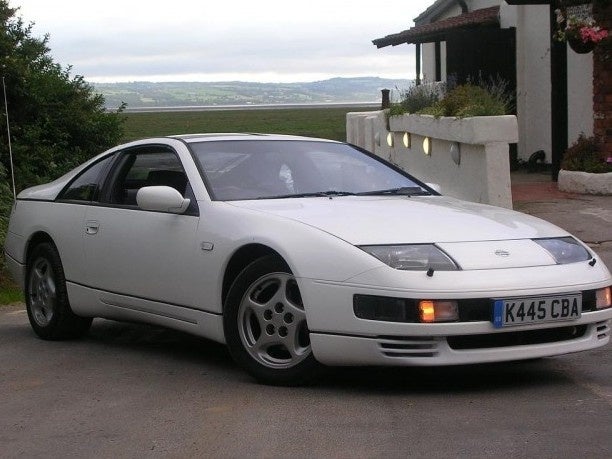 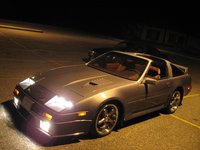 Average user score
4.6 ⁄ 5 stars
Based on 21 reviews
The Coolest Car For The Money. by Jordan — This was one of my favorite cars I owned. It was the non twin turbo charged model with about 120,000 mile on it. The car was flawless in every way possible. It really wasn't that quick, (that's why... Read more
Nissan 300zx Fairlady Z Twin Turbo by Rémi — This car is crazy! Performances are out of this world. She is beautiful, i tell her every day lol. Cost of ownership is the only negative point, gas mileage is bad and costs of repairs can be really h... Read more
Carl's 300z by Tiffany — This is Carl's car that he bought used about 3 years ago. It is a good running car that is ecnominical on gas and runs great for an older car.The only downfall is it currently doesn't have air conditi... Read more

The 1992 Nissan 300ZX changed very little from the previous year, gaining standard driver's side airbags. Otherwise, it remained much the same.

The 1991 300ZX came in the base model, the two-seater T-bar model, the 2+2 model, and the turbo. The base model was available only as a five-speed and did not have the T-bar roof. The T-bar model was available as an automatic and had an upgraded sound system. The 2+2 was nearly identical to the T-bar, with the addition of an extra row of seats. The turbo had a 3.0-liter, 300 horsepower V6, while all other models had a 3.0-liter, 222-horsepower V6. Fuel economy was about 18/24.

The 1992 300ZX has a following of diehard enthusiasts, many of whom claim the car is the best they have ever driven. Fans praise the car's peppy engine, good looks, and comfortable, well-designed interior. Owners say the handling is what really shines, making for a very fun ride. Drivers do caution that the car needs to be babied, and that repairs can be expensive, but also say that with good care the 1992 300ZX will last a long time.

Speakers Don’t Work But Radio Does

My cars bose speaker system has not been working since i got it i recently installed a new radio and all the wiring looked fine and the audio 1 and 2 fuse were fine but the speakers still do not t...

Whats The Difference Between 300zx 2+0 And 2+2 Transmission Are They Compat...

Hello Im new to this site i just bought a 1992 300zx 2+2 version with an automatic transmission and i had a question because im going to buy and install a new transmission. but my question is im look...

Hi All..can Anyone Tell Me What These Light Boxes Are For? They Were In The...

I recently blew my engine and was looking to swap out my old vg30de for a newer 1996 vg30de. But was wondering if any issues might pop up. I would have to belive the mounts are the same? Any answe...