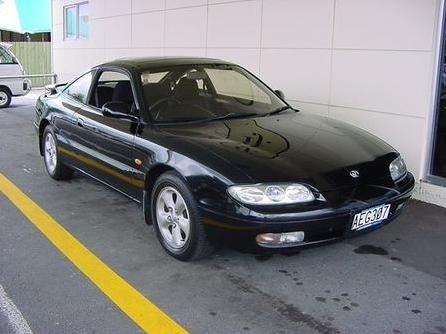 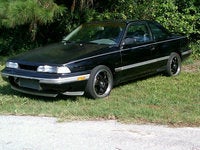 In anticipation of a redesign that would occur in in 1993, the Mazda MX-6 sport coupe received no upgrades or improvements for 1992. It was available in entry-level DX and mid-level LX trim packages, as well as a high-performance GT Turbo version.
The DX and LX came with a four-cylinder engine that produced 110 horsepower, while the GT Turbo came with a 145-horsepower, turbocharged version of the same four-cyclinder engine. A five-speed manual transmission was standard, while a four-speed automatic was optional.
Standard features for the MX-6 included power brakes, power steering, a tilt steering wheel, a rear window defroster, and an AM/FM/cassette stereo system. The LX added power windows, power door locks, cruise control, and power exterior mirrors, while the GT added fog lights, alloy wheels, a rear spoiler, and a premium audio system.
Drivers liked the MX-6 for its value, durability, handling, reliability, styling, and fuel economy. On the downside, drivers noted that replacements parts could be difficult to find, and many noted that they would have liked a smoother-shifting transmission in the car.

How to replace alternator in mazda mx6 1992

How Do You Fit Headgasket Seals? (if That Is The Right Term For Them)

i need instructions on how to fit gasket seals on the head gasket they are leaking oil. or just a few pointers to help.