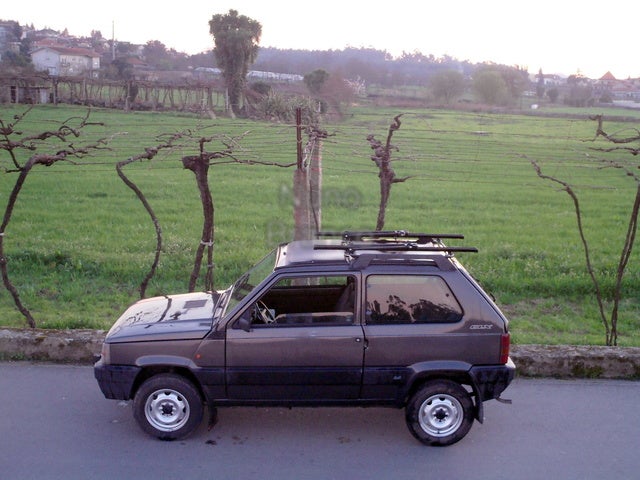 Have you driven a 1992 FIAT Panda?
Rank This Car

Not a bad little car. Performance wasn't great, with a 1000cc 4cyl engine, it couldn't be described as quick, though the 5spd gearbox helped at motorway speeds (it did 100mph at a push) the brakes wer... Read More

I`ve owned many baby Fiats, 126s, Unos, Pandas & have adored all of them, despite what you may have heard, they are mechanically reliable, I am a hard driver, but I`ve only managed to kill one of them... Read More

Do Not Buy This Car- Ever By Hans

no words, just not enough money at the time when I bought it. Its slow, has no power at all. The interior is made out of plastic. the only good part about my car was the sound instalation that I put i... Read More

good one. pretty good shape...fast...lot of grip...very nice to drive...big trunk...lot of seats...no problems in passing big objects on the road...it is fun to drive...i will recommend it to my fri... Read More

The Perfect City Car By Andrés

Bought it after my first Panda 750L, needed a bit more power and all the luxury of the S model;o) I just love it ti death because I believe it's one of the best thought out city cars of all time. Read More

Push bike sized wheels so no grip, liked to go straght on in corners if it was over 30mph. It crunched into gear if the reves wernt at a sertain speed and first was a problem full stop to get into. ... Read More

The Endangered Panda By Dominic

Performance: its a 1 litre with 45 bhp, speed is not what it does, however out of my friends with 1 litre cars the only one who could out drag me was greg with his mini Build: built like a brick out h... Read More

It was my Mum's, then I had it when I passed my test. It was a nippy little thing. Ok so it looked like a box, but I loved it! Read More

My First Car By Kristian

This car was awful! Only had a one litre engine, the brakes were non existant and it felt like it would roll over every time it went around a corner. I only had the car for six months and I'm glad as ... Read More