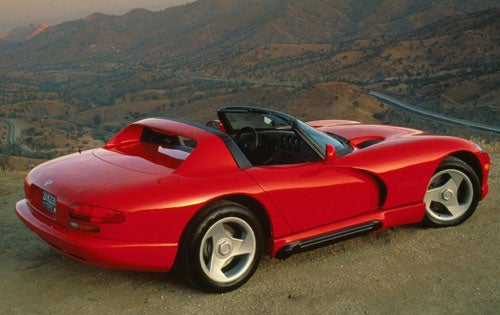 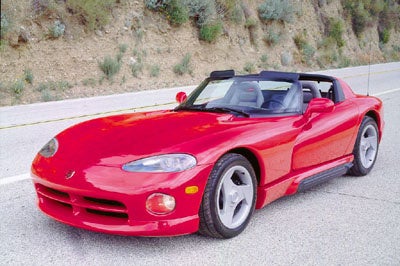 The 1992 Viper began Dodge's legendary sports-car fleet and did so in fine fashion. With an 8.0-liter, 10-cylinder engine that pumped out 400 hp, the raw power of the 1992 Dodge Viper has done its namesake proud. Built for acceleration, the Viper is a must-drive for any speed junkie.

The Viper's 6-speed manual transmission gives an experienced driver absolute control over the car's 400 hp. The 2-door, 2-seat 1992 Dodge Viper gets 15 mpg city/17 highway, which could go quickly if you'e driving it as fast as it wants to be driven. The fact that the 1992 Viper didn't come with air conditioning out of the factory might be an incentive to keep the speed up, if the pure fun isn't enough of a reason. The interior of a convertible moving 80 miles an hour or faster isn't going to get too hot.

Owners of the 1992 Dodge Viper love the acceleration and power of the car, though it's touchy to drive, and many suggest drivers not used to sports cars should take it easy in the Viper. They do complain about the lack of comforts like air conditioning and a back seat. But if you're looking for a fast, summer-fun car, then the 1992 Dodge Viper might be the car for you.

Have you driven a 1992 Dodge Viper?
Rank This Car