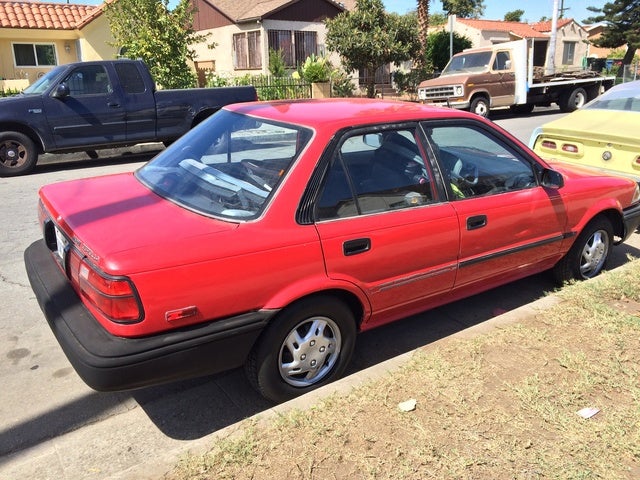 Have you driven a 1991 Toyota Corolla?
Rank This Car

A hight disappointing year for Toyota. The corolla has not been upgraded from 2020- 2022. The lack of features and space & horsepower. The corolla is racked 8th to 9th in the list rating compared to s... Read More

Nothing has changed from 2020-2022 in the form of design. The car has been the same for 3 years straight. That is a Lazy part in Toyota.... The car its self is very small compared to other sedan and v... Read More

For me , remote start is what I am missing most in this car. Read More

Good design, practical, attractive, reliable. Surprising amount of technology for this price point. A bit loud on the road, it could use some added sound deadening. But for around town it’s just fine.... Read More

The 2020 Toyota Corolla SE has been a delight. Great styling inside and out. Moden features and the safety technology is what sold us on this car. Read More

great car. stick shift. nobody wants it, except me Read More

good price for the car & mileage. the car has a lot of scratches, frame damage and messed up windows. Read More

I purchased my 2018 Toyota Corolla over a week ago and I absolutely love it! It’s great on gas and very reliable! Definitely recommend! Read More

Have you driven a 1991 Toyota Corolla?
Rank Your Car →