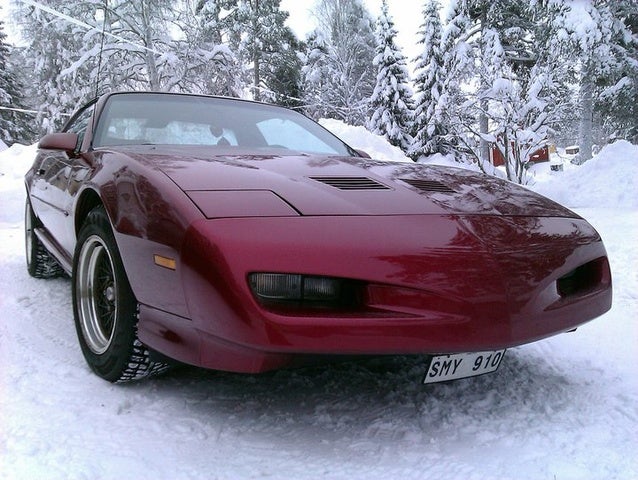 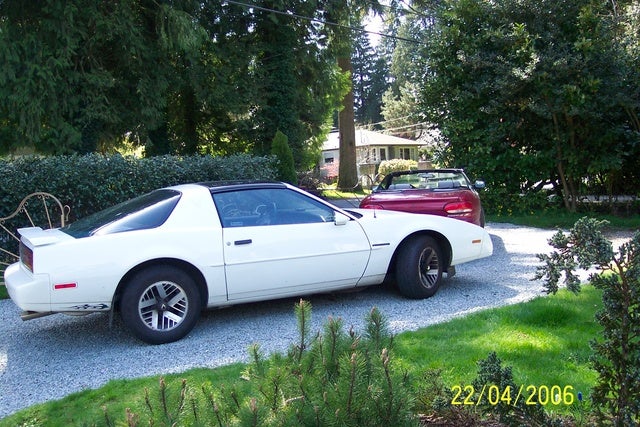 Though not the big TV and movie star that its 1960s, '70s, and '80s predecessors were, the 1991 Pontiac Firebird was still sharp, aggressive, and mean. It was a fun street racer that was also generally affordable and respectable at the gas pump for a sports car. The biggest change in 1991 is the reappearance of a factory-produced convertible. Since 1969, a convertible option was only available as a dealer-installed T-top. Now it was a model in its own right, with the 3.1, 140-hp V6 engine.

The 1991 Firebird saw a few cosmetic exterior changes to some of its trims. All got a redesigned front and rear fascia and smaller headlights. The Formula and Trans Am trims received a new spoiler, and the Trans Am and GTA got new taillights. The rear-wheel drive 1991 Firebird also got some engine boosts. The base model still sported a 3.1 V6 rated at 140-hp, but the V8s each got a 5-hp increase. That meant the L03 5.0 V8 was now 175-hp, the LB9 was 205, and the 5.7 V8 hit 240-hp. The Trans Am got new ground effects and bigger 16-inch wheels, while the base model featured a Sport Appearance Package that decked it out in GTA costume, including its ground effects.

Firebirds are all about racing-inspired performance, and there are few other reasons why drivers buy them. Most 1991 Firebird drivers are happy with its speed, cornering, sporty handling, and engine power, though they wouldn't mind a bit more boost behind the wheel. They find the interior to be well-laid out, and the style has plenty of attitude without a hefty pricetag. Drawbacks include a tiny backseat that's hard to get out of, low ground clearance, uncomfortable seating for long rides, and noticeable rattlings. Drivers say the 1991 Firebird does not feel safe on wet or snowy roads, and the paint quality is substandard.

What's your take on the 1991 Pontiac Firebird?

OwnerOftheBest Any buyers putting this vehicle down is not actually looking for a firebird and the on board gear that it does come equipped with.

Cory I am the 2nd owner of a 1991 Base Firebird with ~130k miles and I love it. I've driven it plenty on wet and snowy roads and it feels no different than any other real wheel drive car on wet and snowy roads. The paint quality is due to most of these cars being made in the Pontiac factory in Van Nuys California where laws have required use of water-based paints since some time in the 80s. Water-based paint jobs tend to fade quicker when parked all the time in sunlight and also causes the clear coat to peel as the car gets older.

Have you driven a 1991 Pontiac Firebird?
Rank This Car

I drive my car for 6 months. I came home one day and went inside n20 minutes later I come out and the car would crank but not fire. Ive since learned I have no spark to the spark plugs but I do h...

Why Won't It Start

I have a 1991 manual transmission Pontiac Firebird with 3.1L V6 MPI engine. My dad haven't use it in year so I decided to use it, I can get it to turn over but can't get it to start. I took out the ...

383 views with 2 answers (last answer about a year ago)

When the car is shut off with the batterie unhooked. The gas still flows and leaks out the air intake tube. Once it dose this has to sit for a bit because the engine is like locked up. Then it will...

142 views with 6 answers (last answer about a year ago)

the two longest bolts to my 91 v6 firebirds water pump will not come out ive tried everything.they no longer have heads on them