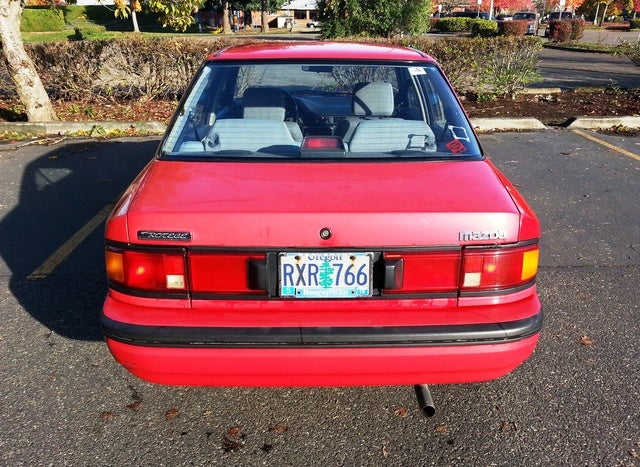 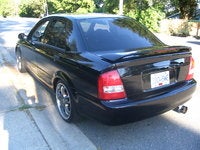 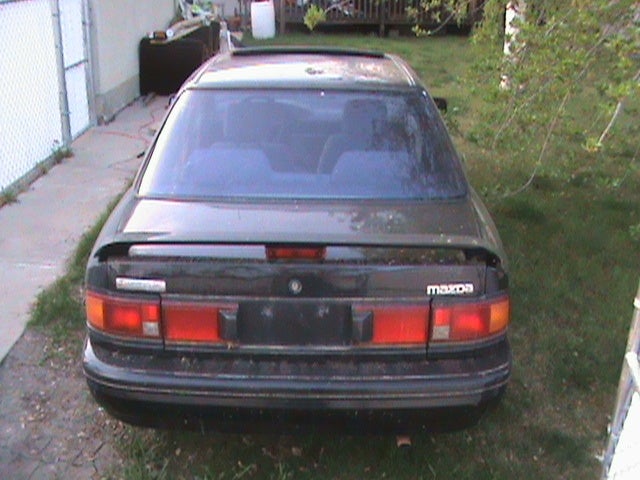 Other than a minor change in nomenclature, the Mazda Protege received no upgrades for 1991. The four-door compact sedan was available in three versions. The entry-level Protege DX, which has been identified as the SE the previous year, was powered by a 1.8-liter, four-cylinder engine that generated 103 horsepower, while a higher-end LX trim package, as well as a base model equipped with four-wheel-drive, received the same 1.8-liter four-cylinder engine, but twin cams boosted its horsepower to 125. A five-speed automatic was standard for all three models, while a four-speed automatic was optional.
Standard features for the Protege DX included power brakes, a rear window defroster, and 13-inch wheels. The 4WD package added power steering and 14-inch wheels, while the LX version added power windows, power door locks, power exterior mirrors, cruise control, a tilt steering wheel, and an AM/FM/cassette stereo system.
Drivers noted that, for the most part, they had good luck with the Protege, since it ran well and usually required only routine maintanance. They also noted that the car was reliable, comfortable, and was easy and relatively inexpensive to repair. Performance, acceleration, and handling were also cited as positive points. On the downside, drivers noted that the interior could feel cramped at times, but that was in keeping with the car's subcompact nature.

Have you driven a 1991 Mazda Protege?
Rank This Car

Why does my 91 protege smoke on startup and sound like it is running on 3 cylinders?

My 1991 Mazda Protege Jumped Timing And I Am Wondering If It Is Worth Fixin...

Bad Pcv Hose Cause Of Stalling?

I have a Mazda protege 1991 and a few weeks ago I filled the tank and the car stalled on me about 2 minutes later. I can restart after a few seconds but it won't last long before it stalls again....

Where Is My Water Pump?

Find where water pump is?