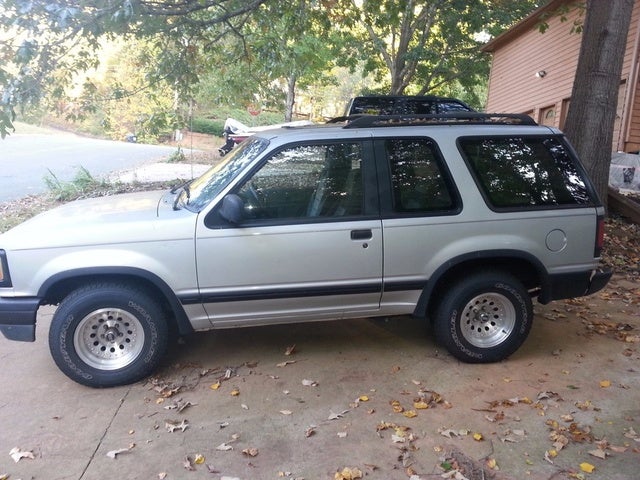 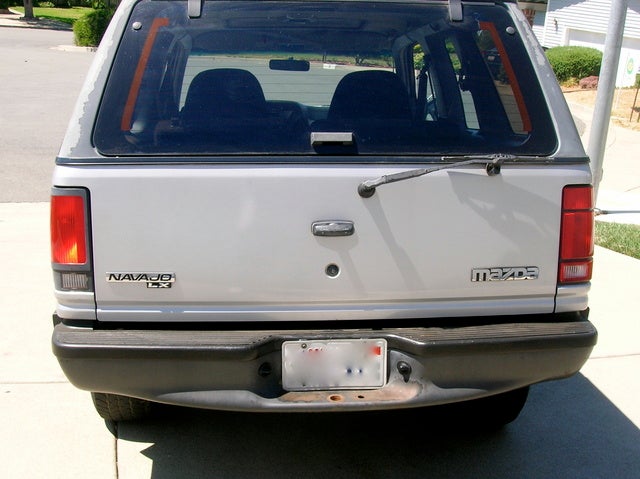 For its first SUV, Mazda turned to Ford, which was a natural choice, since the two automakers have been linked for more than 25 years. The Mazda Navajo was a thinly disguised Ford Explorer, with a few minor changes to the exterior, such as a new grille and taillights. The Navajo was available in only one version -- a two-door model with a 155-horsepower, 4.0-liter V6 engine. A five-speed manual transmission was standard, while a four-speed automatic was optional.
Standard features for the Navajo included a part-time four-wheel drive system developed by Ford and rear-wheel anti-lock brakes that operated only when the vehicle was in two-wheel-drive mode. Other standard features included tweed cloth seats, power brakes, power steering, power door locks, power exterior mirrors, 15-inch wheels, and an AM/FM stereo system. Options included a sunroof, air conditioning, leather seats, and a cassette player.
The Mazda Navajo was a reliable, fun-to-drive vehicle, with a comfortable interior and good acceleration, according to drivers. Many of the vehicles now have high mileage, but for the most part drivers reported having only routine maintenance problems with the vehicles. However, a few drivers have reported that their vehicles needed frequent repairs, and that parts could be difficult to locate.

GuruY164J ONE OF THE BEST SUV.S ONE THE ROAD AS FAR AS RELIABILITY / PERFORMANCE AND LOOKS . JBM

Richard It's frigin Awesome!! I'm 71', retired vietnam vet and this IS the longest lasting 4x4 in my whole life and all I've ever had 4x4's weather new or not they usually lose appeal around 3 years (also why people start not likeing their payments if any longer than 3 years cause the thrill is Gone) I still own and love my Navajo for over 7 YEARS! I laugh and say "MAZDA Navajo; The best suv FORD ever made!)

AmazonBadB I just bought mine about 3 months ago. Honestly, I'd never heard of a Mazda Navajo before but I'm super happy i bought it! Not a damn thing wrong with it! I absolutely love it! Strong running, it's got a ton of get-up-and-go even with a little over 220,000 miles on it! It's got more balls than any truck I've ever driven! She's a Keeper!

Have you driven a 1991 Mazda Navajo?
Rank This Car

Why Would My 1991 Navajo Turn Over But Have No Spark

Turns over but no spark no crank

During a flood my 91 Mazda navajo sucked water into intake through hole in exhaust . Engine won't turn over. How can I tell what was damaged exactly?

My has problems with shifting I'm wondering does she have a hydraulic clutch?

I have recently replaced my altanator battery and negative terminal. I bought all parts brand new. Now when i try to start it it just clicks like theres no power but wont turn over. I also checked a...