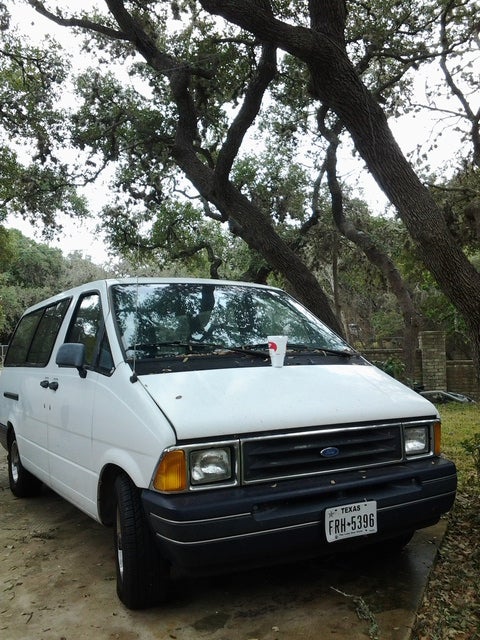 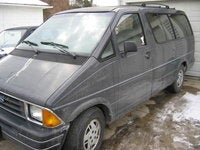 CarGurus has 3 nationwide Aerostar listings and the tools to find you a great deal.

Average user score
3.7 ⁄ 5 stars
Based on 9 reviews
I Would Buy A New Aerostar If They Would Make One, But Get An Extended Warranty. by Fordlover91 — Ford is quality - I can fit almost anything in it. Very reliable, I did have to have work done on it, but all cars need work at some time. I wish Ford would have made a better transmission - the A4L... Read more
Not Your Typical Ford!!!! by Richard — this van was great on gas (averaged around 35mpg hwy), reliable and inexpensive to repair! I drove this van over 200k per year without a problem Read more
Comfortable... by dkentner — My 1991 Ford Aerostar Mini-van was given to me by my father. It was used, but in very good condition. I have driven it for 3 days now. I really like that when driving it, you feel high up and have an ... Read more 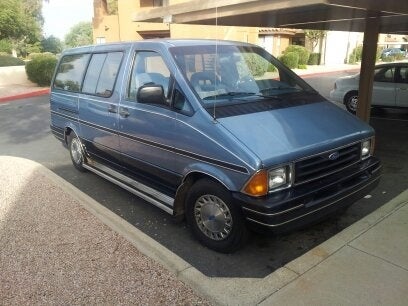 A jazzy Sport styling package was introduced for the 1991 Ford Aerostar. Available on the XL and XLT trims, the Sport package featured alloy wheels and silver-tone body accents. Other trim and appearance choices included the two-toned Eddie Bauer trim and a range of classic colors (burgundy, blue, silver, forest) on the standard model. The Extended bodystyle, which had debuted in the previous model year, was a popular choice for the '91 Aerostar: this option provided almost 30 additional cubic feet of cargo volume, for a roomy 170 cubic feet of carrying capacity.

The 1991 Aerostar came standard with rear-wheel drive; all-wheel drive was available as an optional upgrade. The standard engine on the '91 Ford Aerostar was a 145-horsepower Vulcan V6; buyers could upgrade to the 155 horsepower Cologne V6, which put out a solid 230 lb.-ft. of torque. Fuel efficiency was surprisingly good for a midsize minivan; EPA ratings were 17 mpg city, 23 mpg highway.
Nobody would be likely to confuse the Aerostar for a performance sports vehicle, even with the Sport package's exterior touches. The Aerostar was popular with suburban soccer moms, though, and the Extended bodystyle was a favorite of tradespeople (especially carpenters), antique dealers, and dog lovers. Conversions for wheelchair users and other people with disabilities were also another market niche to which the Aerostar appealed.

Most of all, the Aerostar sold on its rugged, sturdy presentation, its cargo and passenger capacity, and its relatively affordable price. Buyers overlooked a sometimes stiff suspension and truck-like steering in favor of its durability and toughness.

fordbydefault I just got one for a couple days work on this guys house/property, easily the best kick-down ever. 4/awd, v-6 engine, room for kitties pups, punks and hippies! Though, pulling around a trailer or hauling anything, over distance, with that-ahem... no low-end-torque-V6 and late eighties to early nineties ford automatic? Better gas-jug the bad boy to sweden, cuz im gonna need a cheap sex-change (tranny swap) before too long. Im stoked though, Stand By Your VAN. -¢hazkyle

Have you driven a 1991 Ford Aerostar?
Rank This Car

CarGurus has 3 nationwide Aerostar listings and the tools to find you a great deal.

Which Type Of Spark Should I Use In A 1991 Ford Aerostar With High Mileage?...

Where Do You Ad Trany Fluid At

its kinda hard to add fluid where you pull the dipstick out. i dont see a cap like the oil filler.

91 Aero Star Will Not Start, Just Makes A Click. Battery Is Good, Starter I...

I Need A Gear Shifter Cable For 1991 Aerostar.

The gear shifter is in the floor and I would like a used one. I have tried 2 from advance store and they broke. The engine is 3.0

My Airbag Light Flashes 4 Times Pauses Then Flashes Twice...what Does This ...