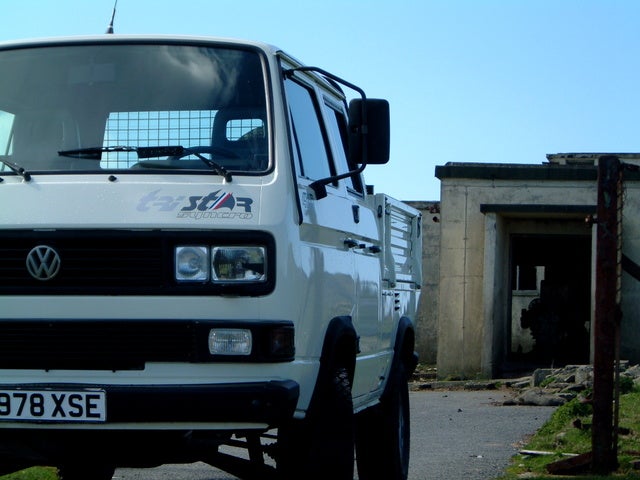 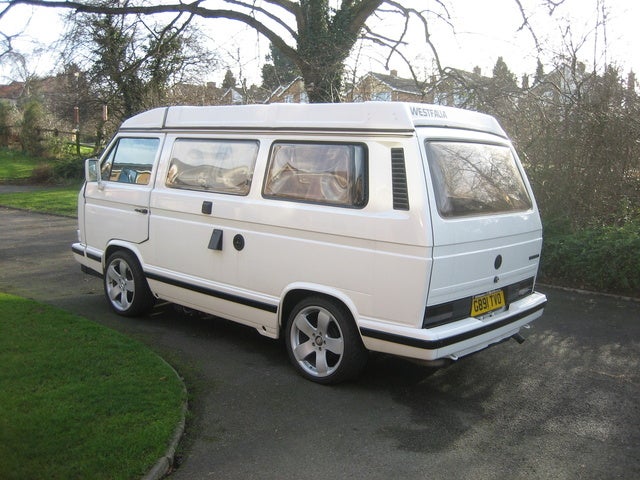 Volkswagen expanded its Vanagon offerings for 1990 by adding the Multivan to a lineup that included the standard Vanagon, the Vanagon GL, the GL Camper, the Carat, and the limited-edition Wolfsburg Edition. All versions of the Vanagon were powered by a 2.1-liter water-cooled four-cylinder engine that generated 90 horsepower and included the Digifant fuel-injection system.

The Carat added such features as the power door locks, privacy curtains, and power front windows, while the Multivan added a rear clothes locker and a two-person sleeping loft, among other features.

Generally, drivers agreed that the Vanagon was fun to drive, and cited its handling, roominess, and versatility as positive points. And although many drivers remained loyal to the vehicle, they noted that it often needed frequent repairs, which could be expensive.

What's your take on the 1990 Volkswagen Vanagon?

mikehpdx I've owned three Deluxe Westfalias over the past 45 years and without doubt the last editions of the Vanagon ('88-'91) are great vehicles. Properly maintained, they are very reliable and will go several hundred thousand miles. They are over-built for the era of manufacture and have incredible resistance to uni-body corrosion and rust. However, Vanagons are NOT without inherent problem areas, which all VanagonHeads know about and are more-or-less just part of Vanagon ownership. These issues are no more serious than those found in most vehicles of this age. Parts and repair expertise is readily available; keep in-mind the newest Vanagon is twenty-four years-old, as of 2015. Resale prices of clean Westfalias in this four-year edition continue to go up annually. Normally previous owners have been religious about maintenance and kept their vehicles in near-excellent condition. Only buy the best example you can afford; Vanagons from previous long-term owners tend to be the best in the market. Stay away from seam rust and repainted vehicles as you don't know what may have been hidden under a repaint. They're comfortable on the road for traveling and as a home-away-from-home, for weeks at a time. If an owner has mechanical savvy, much of the normal maintenance can be done at-home in the garage, on a weekend. We have made many upgrades in ours, making it especially comfortable to suit our personal preferences and traveling style. It's a great vehicle!

Guru6CFYF We've had our 1990 Vanagan GL Pop Top Camper for about five months. The two wheel drive air conditioned automatic had about 75 thousand original miles and was shipped to our home in East Central Tennessee from a dealer in St. Louis. A two month professional restoration was performed by a local VW specialty shop a mile from our rural Tennessee home.

Have you driven a 1990 Volkswagen Vanagon?
Rank This Car

How Do I Receive Text Notifications For My Listing?

When I Pull Back Blinker Lever For High Lights They Turn On But When I Rele...

Vanagon Volkswagon, When I pull back blinker lever for High lights they turn on but when I release the lever the high beams go out! What is it that I need to check or repair this problem? I took apar...

how difficult is to change coolant,can i do it myself?which one to use?

How Do I Edit And Add Some Other Pictures For My Listing??

How do I add pictures to my existing listing?

My 1990 VW Westy vanagon has been sitting for several years. What repairs can I expect to get it running again?