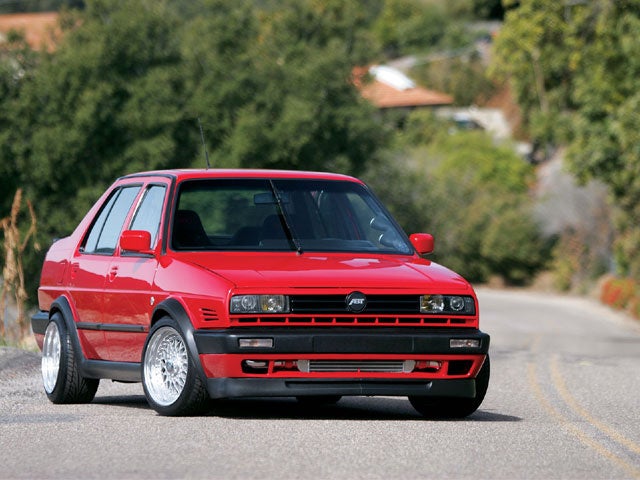 For 1990, the four-door Volkswagen Jetta was available in three versions. The Jetta Carat was equipped with a 1.8-liter inline four-cylinder engine that generated 104 horsepower, while the higher-end Jetta GLI was equipped with a 134-horsepower, 2.0-liter four-cylinder. In addition, a diesel version, called the GL, was available. Its 1.6-liter engine generated 52 horsepower. A five-speed manual transmission was standard across the line, while a three-speed automatic was optional for the Carat and GL.

The Jetta was alternately described by drivers as flawed, quirky, and reliable, but the car nevertheless gained a loyal following. However, many drivers noted that their cars needed frequent and sometimes expensive repairs.

What's your take on the 1990 Volkswagen Jetta?

Caratologist As the one owner of a 1990 VW Jetta Carat, it has been the best investment regarding repairs. It is still running at 363k miles on June 2014. I had briefly acquired a 1990 Jetta GLI and found it to be very expensive to repair than the Jetta Carat. The muffler for the GLI cost $700 while the Carat cost around $45. A stark comparison here.

Daniel I have myself a 1.8 liter 1990 Jetta GL and is still running like butter in 2019 with only 78k miles on it. It has some of that old paint and has needed a few repairs which where a bit pricey, but it is one of the most reliable, comfortable, and tough cars that me and my family has at the moment. Thank you Volkswagen for making such a great vehicle.

Have you driven a 1990 Volkswagen Jetta?
Rank This Car

Starts fine when kept in warm garage. When cold it cranks fine (new battery) and after 30 minutes getting it to start and warms up it runs and drives great like there's nothing wrong with it. Fuel ...

How Do I Change The Gear Shift Knob?

I bought a really cool, old gear shift knob for my car, but I have no idea how to take off the old one. I'm thinking that I may need some sort of adapter since the knob I'm putting on is merely thread...

Can You Help Me With My Brake Problem?