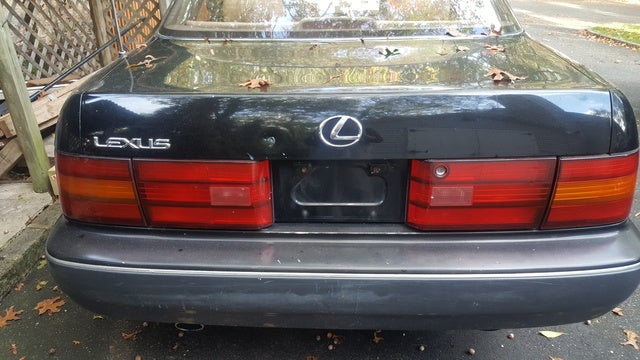 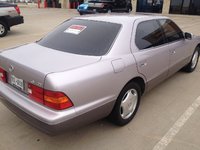 CarGurus has 32 nationwide LS 400 listings and the tools to find you a great deal. 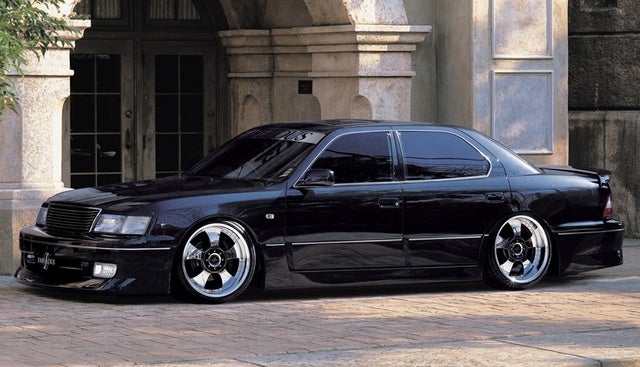 Throughout the mid and late 1980s, Toyota investigated the idea of a Japanese luxury car that could compete with European names like BMW and Mercedes. In 1990, years of thorough American consumer research culminated with the arrival of the Lexus LS 400. The full size luxury sedan would become the Lexus flagship for the next 18 years and counting. Unlike its distant kin, the Toyota Camry-based Lexus ES series, the LS was a totally unique creation. It blended refinement, reliability, and power into one package fit to compete with European luxury. Somehow, it was initially priced between $10,000-20,000 less than many of its competitors.
The LS 400 was powered by a 4.0-liter DOHC 32-valve V8, which featured a cast aluminum block and heads. The engine generated 250 horsepower and 260 pound feet of torque. Such power propelled the 3900 pound sedan from 0 to 60 in 7.9 seconds. EPA was observed at 18 mpg in the city and 23 on the highway. The engine was teamed with a 4-Speed automatic electronically controlled transmission, aided by an intelligence technology to regulate power.
The LS included a myriad of features to complement the ride quality. A vehicle and audio theft deterrent system, automatic air conditioning, dual power heated outside mirrors, leather seats, walnut wood trim, power windows and locks, and an eight-way power driver's seat were all standard. Options included heated seats, memory seat function, power moon roof, six-disc CD changer, a premium Nakamichi sound system, and electronic air suspension with ride control.

The LS quickly became the one of the most beloved and sought after cars on the road, always praised for its silent cabin, soft ride, and substantial power. By now, some have reached over 400,000 miles. While that speaks volumes about the LS's reliability, owners warn that service can be very costly: first generation LS parts are hard to find and can be several times more expensive than Toyota's. Most drivers had a difficult time finding any significant shortcoming.

CarGurus has 32 nationwide LS 400 listings and the tools to find you a great deal.

When I Drive My Car It Has Trouble Picking Up Speed Even When I Press The ...

1990 lexus ls 400 won't engage gear when in gear motor revs up but won't go does anyone else have to knowledge of what's going on with the vehicle or have experienced the same situation and how did...

1990 LS400 No Headlights or Fog lights. When I turn the switch on the dash lights will dim as usual. Blinkers work. High beam indicator does not work when high beam on. Tail lights work great. Lights...