In response to lagging sales of its Eagle Premiere sedan, Chrysler decided to repackage it, change the grille and taillights, and give it a new name. Thus was born the modern Dodge Monaco. The 1990 Monaco is a four-door sedan that seats five, is incredibly spacious inside (boasting that it's the roomiest in its mid-size category), and borrows hints of European styling from when Chrysler acquired Renault.

The 1990 Dodge Monaco comes in only two trims, the LE and ES. The ES offers a few more standard features and options than the LE, but both feature a 3.0-liter, 150-hp V6 engine paired with a four-speed automatic. There are no other engine or transmission options. The ES includes a touring suspension, ABS brakes, and alloy wheels in its package.

The Monaco is basically a solid family car that gets okay mileage (17/26) with decent acceleration. The inside is comfortable, with reclining front seats and center console. Owners comment favorably on its styling and spaciousness, but say it sucks up money in repairs and cost of parts. It was not a big success for Chrysler, especially when compared to the Dynasty, and it would only last another two years.

Have you driven a 1990 Dodge Monaco?
Rank This Car 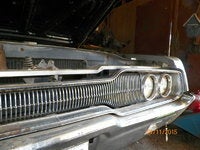 Looking for a Used Monaco in your area?

CarGurus has 4 nationwide Monaco listings and the tools to find you a great deal.

How To Install A Fuel Pump For A 1990 Dodge Monaco