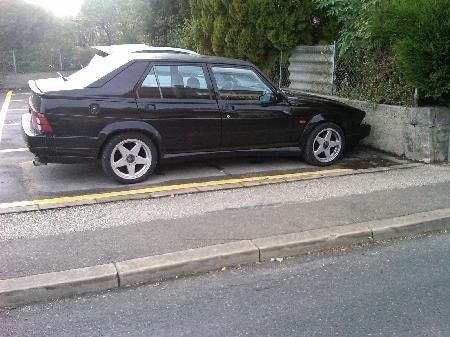 not a common sight on the roads, very few decent ones out there, but find one and you'll love it. loads of kit, great performance considering the age and price. a future classic, event hough it look... Read More

I love it, I love its looks, it's performance, handling, speed, sound, the engine is just amazing and so far ahead of its time. Don't believe what everyone says about Alfa's, mine is in pretty good ... Read More

The Last Real Alfa! By Magnus

A great car with a design so well that it just gets cooler and cooler every time you look at it! It looks like it rides fast even when it stand still:) 50/50 weight distrubution and 150 bhp with rear... Read More

Love It. If You Don't Theres Something Seriously Wrong With You. By Edoardo

The last real Alfa Romeo. A RWD chassis with inward balanced rear brakes. ABS and lots of electronics including power windows and a fuel meter (L/100km). The V6 is a fantastic engine which is availabl... Read More

I paid a little under $3k AUD for this car... And let me just say I'm not disappointed! It's running a 2.0L Twin Spark engine (two spark plugs per cylinder as opposed to one) that has some serious gu... Read More

You Know: Rwd+lsd+power=fun :) By Bálint

The car is an older construction thus not containing any active safety assistances like ABS ASR etc. But it can boast with independent front suspension w torsion springs, and a De Dion rear suspension... Read More

The Sprit Of Alfa By Jennifer

Those who own Alfa's know why I love this car! Yes, it does have issue that can drive you crazy, but it's the spirt of this car that makes it a blast to own and drive. The stock car is a great examp... Read More