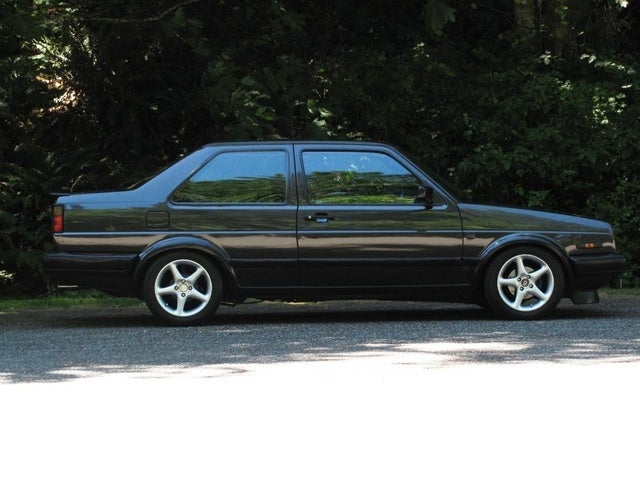 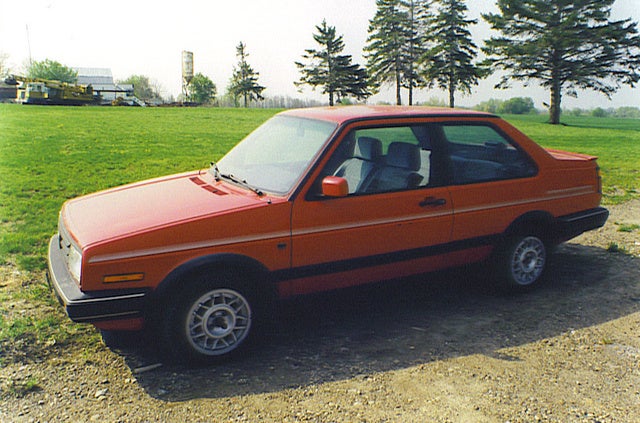 An ideal commuter car, family sedan, or first-time car due to its affordability, dependability, and good gas mileage (37/44 mpg), the 1989 Volkswagen Jetta is a racer at heart. Its never-say-die engine is energetic and responsive, and drivers say they're surprised how easily it leaves other much faster cars behind.

A 1.8-liter, 4-cylinder, 100-hp engine powered the 2-door sedan and base four-door in the 1989 Jetta. The four-door GL and luxury model Carat upped the output to 105-hp. Cruise control, air conditioning, cassette player, and power windows and locks were all standard on the Carat. The real racer was the GLI, with the 16-valve 1.8 engine at 123-hp. Wolfsburg editions, named after the VW Germany factory, were available with both the GL and GLI trims.

The GLI seems to be a favorite among 1989 Jetta owners because it is much faster than its boxy exterior implies. Tight handling and sturdy engineering leaves drivers feeling safe and many report how well the Jetta holds up even after an accident. Durability seems to be its hallmark. The large, practical trunk is always a big selling point, particularly with families and college students. Recaro racing-style seats in the GLI are very supportive. Owners do complain about poor acceleration and engine power, lack of headroom for people over 6' tall, and problems with water leaking through faulty door linings.

What's your take on the 1989 Volkswagen Jetta?

Have you driven a 1989 Volkswagen Jetta?
Rank This Car

My Car Feels Like It's Jerking Side To Side

It It Manual Drive Or Stick

anyone out ther would happen to know what an esimated price on a 1989 jetta with 50,000 original miles on it would go for this is a classic so it is worth more correct???? anyone could give me a rough...

My car jerks side to sid when I go around right turns. The rear end moves back and forth not a whole lot but enough for the passanger to notice could this be a bad wheel bearing or what? my other theo...