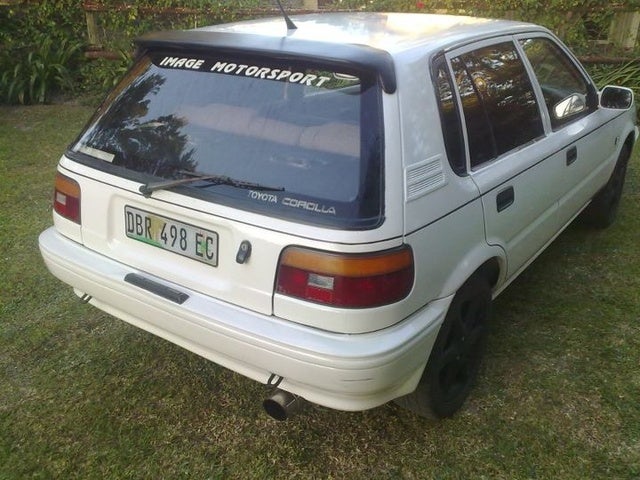 Average user score
4.1 ⁄ 5 stars
Based on 41 reviews
Great Oldie For Conservative Drivers, Requires Only A Little Care To Stay In Top Condition! by APV — I have a manual transmission in my little Corolla, and out of all the manuals I've driven, it is by far the easiest and most tolerant, so it's a great 'learner' car. The acceleration is slow but smoot... Read more
Bmw 523 Stays In The Drivway All Weekends. by Irishcorolla — I have my old Toyota DX Estate for about 7 years now. I purchased it as a second car for running about and making various trips to our local re-cycling centre in Trim. This car is a 1.8 Diesel, it doe... Read more
Indestructible by Kain — This was my 1st car in high school, and a well deserved one. For someone with a lead foot, and a knack for playing Ridge Racer back in 95, this Corolla was the perfect automobile for driver training.... Read more 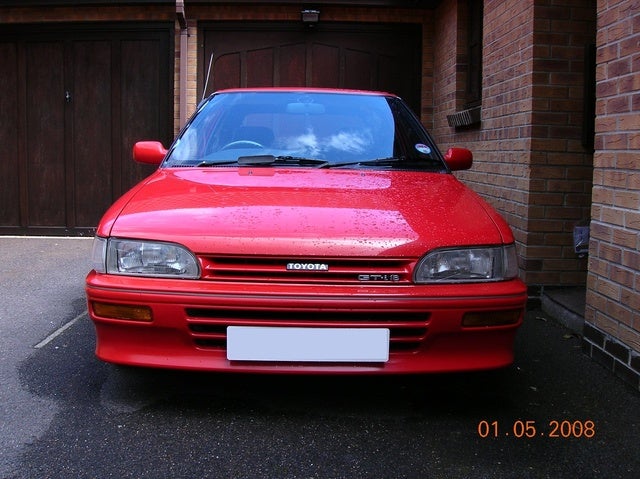 Not much changed for the 1989 Toyota Corolla, since it had just been redesigned the year before. Toyota abandoned the hatchback FX and made the sedan available with All-Trac.

The 1989 Toyota Corolla came in many body styles with several trim levels. The sedan came as a base DX or better-equipped LE. The wagon was available as a DX or SR5. The coupe came as a SR5 or GT-S. All Corollas came equipped with a DOHC, 16-valve inline four-cylinder engine. The sedans, front-drive wagon and SR5 coupe had a carbureted 90-horsepower engine; the All-Trac wagon had a fuel-injected 100 horsepower engine, and the GT-S had the most powerful with a 115-horsepower EFI version. Fuel economy is about 25 to 35 mpg, depending on the engine.

Drivers of the 1989 Toyota Corolla all seem to have a story to prove its indestructibility, like the one about the Corolla that made it to Alaska from Atlanta and had no problem starting in either climate. Some drivers have had problems with alternator.

What's your take on the 1989 Toyota Corolla?

David Yes, put a piece of plastic plumbing pipe from the front to force air over the left side of the engine to cool the alternator. The windings get too hot and wear out early. Same thing happens on Geos, All-tracts, and 4AFE engines.

GuruXGL6Y i need it good how much total shipment frad for karachi pakistan my mail adress is shahidquality@gmail.com

Have you driven a 1989 Toyota Corolla?
Rank This Car

Where is the transmission filter in a 1989 toyota corolla dx located?

89 Toyota Corolla Wat Fuel Do I Use

What fuel is best to use in my 89 toyota corolla

What Is The Blue Book Value Of A Good Condition (well Maintained) 1989 Coro...

I don't want to sell the car. It's been well maintained, by a Toyota specialist shop, since I bought it in '95 with 78,500 mi. (in "cream puff condition per my mechanic). The shop has all the reco...

What Year Model Cars Are Compatible With The Toyota Corolla 1989 DX For Eng...

My daughter wrecked her car and I need to replace the valve cover, radiator and hose, headlights, park lights, cross member and air conditioning system. I want to get the parts from a salvage yard and...

Why Is My 1989 Toyota Corolla Not Circulating The Antifreeze?

I Replaced my radiator and thermostat after the car overheated and cracked the radiator. My problem is, the antifreeze is not circulating through the engine, but instead is going back into the rad...

251 views with 6 answers (last answer about a year ago)