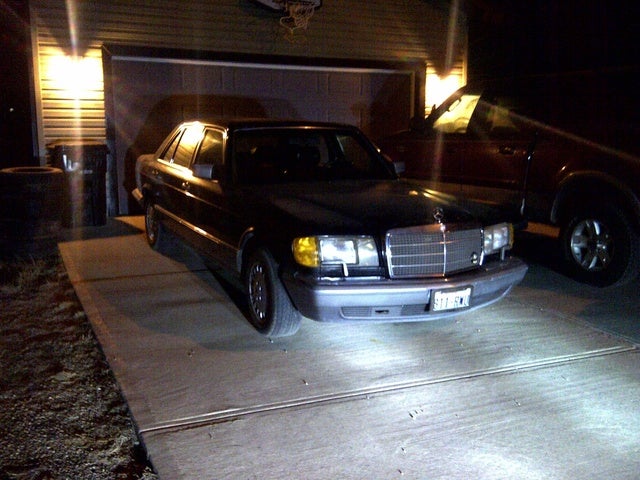 Indestructible Diesel 5-cylinder engine. Built for the German Autobahn, drive like a dream on the highways, going 65 Miles an hour at very low RPM. Built like a tank. Very comfy drive. If you can find... Read More

Our 300E has been in the family from my sister to my mother to my wife, and now my son. It's been a good car. I still think it looks stylish after all these years. It runs great. Very nice ride. It's ... Read More

smooth riding comfortable on long trips.decent gas mileage once it gets go great acceeration .crusie control is terriable in this car very herky jerky so I never used it very quiet engine and great so... Read More

Its A Merc By Helena

Its so quiet for 141,000 miles, motors nicely, very smooth ride but would prefer leather seats. Would have another any day. She used mainly at the weekends but fuel economy is amusing/dire better t... Read More

All Models of the W124, from 1985-95 were quite possibly the finest cars ever made. Everything that would make a car the best, this era of Mercedes-Benz had. No car Ive had before or sense could compa... Read More

Panzer Tank Build. The Last Of The Real M-bs. By Steve

What can I add that hasn't already been written about the iconic W124 Mercedes-Benz? These cars were big, heavy, overbuilt, solid, and would run all day long at 100 mph without batting an eye...unles... Read More

The W124 chassis is possibly one of the greatest in Mercedes Benz history. The 300CE is the epitome of understated luxury, incredibly comfortable, happy and stable at high speeds, and very pleasing to... Read More

Fit For Royalty By Pamoco

This car is still a good looking and driving car for its age. I think when you add up all the pros and cons the pros outweigh the negatives. Parts are plentiful and most are affordable. These go fo... Read More

Excellent design and engineering from Mercedes-Benz for year 1987 when the six cylinder turbo Diesel engine from the larger and heavier 400 series was used on 2500 300 series cars shipped to US. Powe... Read More

The 300SDL, is a car that STILL rivals many of the cars today. From the TANK like build to , luxury ride, to the 30 MPG, hard to find the combination. Its old school Mercedes, but that is NOT a bad ... Read More 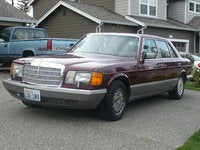