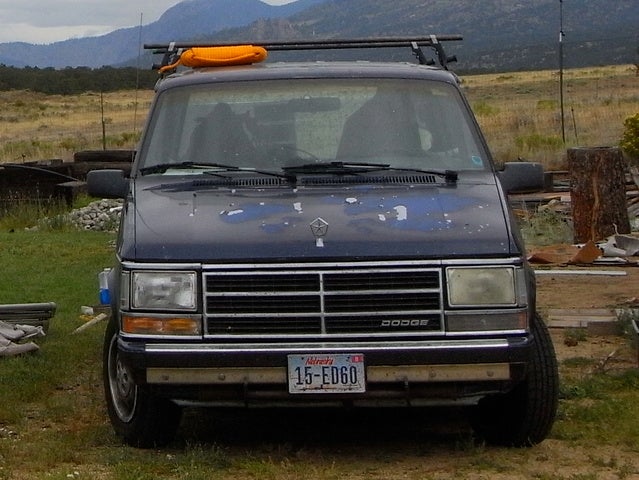 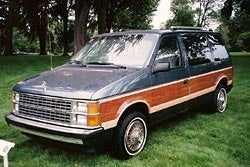 The 1989 Dodge Caravan is a popular year for car collectors because of a rare turbocharged 2.5-liter, 150-horsepower engine option. It was available in the 5-speed manual and 3-speed automatic versions. Because Chrysler sold very few, the manual turbo version is extremely rare and has achieved a certain cult status.

The turbo engine certainly gave the 1989 Dodge Caravan more speed and pick-up, and is often modified by car enthusiasts who want to see just how fast they can get it to go. There is a claimed record out there of a quarter mile in 12.6 seconds.

Also new for 1989 is an electronically controlled 4-speed "Ultradrive" automatic, which proved disastrous. The Mini Ram Van had its named changed to Caravan C/V. The Dodge Caravan offers seven trims -- base, SE, LE, the Grand Caravan SE and LE, and the C/V standard and extended. Fuel economy averages about 21/23 across all models.

Praised mostly for its durability,solid, comfortable ride, and cargo capacity, the Dodge Caravan does receive complaints about engine and transmission problems.

There is a 1989 Dodge caravan for sale inVancouver B.C, Unfortuantly the transmission is hooped and would be a great parts car. Call James 604-255-4596

classicvan I have my gorgeous and mechanically perfect 1989 Dodge C/V Caravan Cargo for sale. It is perfect in every way. Meticulously maintained and everything is perfect. Almost a showroom look!! 3.0 3 speed / OD auto All white exterior $1975.00 509-925-7311

Have you driven a 1989 Dodge Caravan?
Rank This Car

My 2016 Grand Caravan drivers side sliding door will not unlock. It’s a manually opening door , not electronic. Only have 13000 miles on this car and bought because it didn’t have all the electron...

what could be wrong with my Van?I step on the gas pedal it drives ok for a short time than bogs down like your running out of gas,can someo0ne please help me