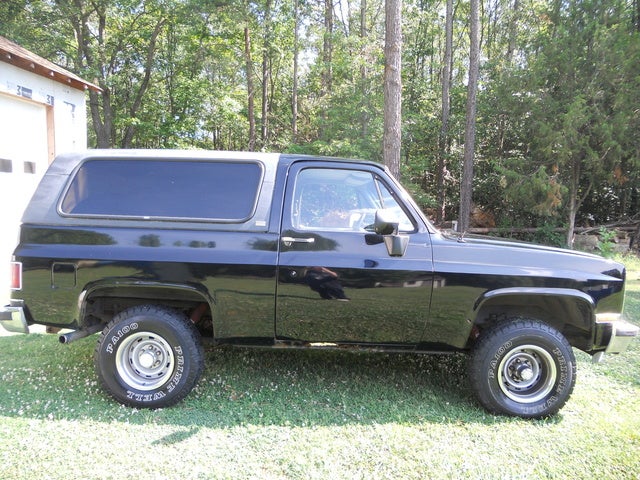 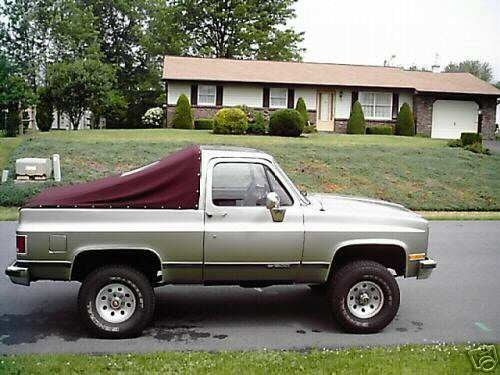 Chevrolet introduced the Blazer in 1983, gearing it toward people who wanted to pack the kids (maybe) and the dog and their camping gear (definitely) and head for the mountains, but who didn't want a huge truck like the Jeep Wagoneer. The Chevy Blazer was smaller and sportier, but could still go anywhere the driver pointed it. The Blazer was also a big hit among young guys who wanted to create macho super-trucks to go four-wheelin': The boys would start with an existing Blazer - often a cheap, beat-up used one - and replace the tires, suspension, and just about everything else.

The 1989 Chevrolet Blazer was equipped with standard rear-wheel antilock brakes for the first time. Its standard 2.8-liter V6 engine got a smoother, quieter transfer case in 1989. Also new that year were an optional rear window washer/wiper and an electronic instrument panel for high-tech display of usual dashboard information such as RPMs. Other new options included skid plates, alloy wheels, and automatic locking hubs. More-powerful optional engines for the '89 Chevy Blazer were a 4.3-liter, V6, a 160-hp motor based on Chevrolet's "Small-Block" V8, and a 6.2-liter V8.

Rust continued to be a serious problem for the '89 Blazer, and some owners reported problems with front wheel bearings as well. Most owners, however, seemed very pleased with their beasts and reported sturdy, reliable, long-lasting trucks.

What's your take on the 1989 Chevrolet Blazer?

Zane I wrecked my 89 blazer and it was in great shape it totaled but fortunately I have full coverage ins on it,my prob is the ins co doesn't know what its worth because no one wants to sell that year model especially in the kind of shape mine was in. it is all original except it has a 4" superlift on it and Detroit lockers front and rear the a/c system was totally upgraded last summer as was the transmission and I put a lit bit beefier parts in the tranny so it could handle the 33x12.50 tires I had on it .when I say this thing was in great shape I mean it was one of the cleanest I've ever seen it is grey with a black top and a black center stripe,i guess what i'm asking is does anyone know where I can find what this is worth because they said they would give me fair market value for it and I know 1989 was a special year for the k5 blazer and if there is anyone that can help me please send me a message to zanelabarge@gmail.com, thanks and i'm hopeing to hear from someone soon cause its been a week and they still cant figure out what its worth

Rottsy What are you talking about? Chevy introduced the Blazer in 1969!

Have you driven a 1989 Chevrolet Blazer?
Rank This Car

1989 Chevy Blazer, Just Had Complete Service Performed 2 Weeks Ago. For The...

1989 Chevy Blazer, just had complete service performed 2 weeks ago. For the first time, my "check gages" light came on. I noticed the oil pressure was zero. Never saw this before. I check the oil (a...

249 views with 4 answers (last answer about a year ago)

I Put My Right Or Left Turn Signal And Both Flash Like IfI Had My Hazard Li...

I have 1989 chevy blazer 4x4 the problem is that when I put my turn signal on both rear light flash.

My digital Gauges (speed - gas - odometer) don't work. How can I fix it?

What year can I use interchange parts on a Chevy S10 Blazer (Automatic)....I need to replace my whole steering column