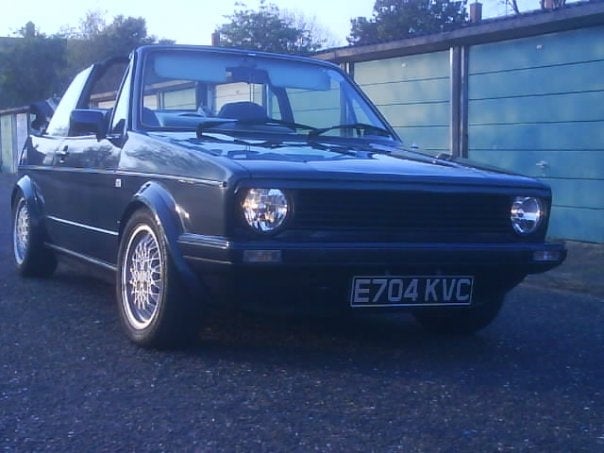 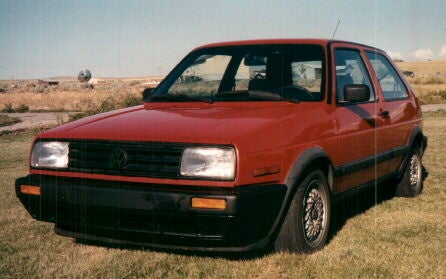 A holdover from 1987, the 1998 Volkswagen GTI gets some new racecar-inspired seats to let drivers feel even more in control, but otherwise the double-cam 1.8-liter, 123-hp engine and 5-speed transmission remain intact.

Though this 2-door hatchback has seating for five, the rear seat can be slightly punishing on adult legs, and really the GTI is designed for solitary drivers who are racers at heart, searching for that adrenaline rush on the highway as they leave other compacts behind. Though somewhat plain on the outside (and inside too, with air conditioning, power windows and locks, and a cassette player all options rather than standard), its meek subcompact looks are all a pretense for what lies under the hood. Longer than the Golf on which it is based, and a bit front heavy (causing some body roll), its overall light weight, sports suspension, performance tires, and lack of power steering give drivers both the action and feel of a sports car. All this wrapped up in a budget car that's easy and inexpensive to modify.

Do owners have anything bad to say about the 1988 GTI? Not really. Some mention a rattling in the engine, others the aging interior, but overall most owners love their GTI for its speed and instant acceleration that they claim leaves many more high profile cars in the dust.

What's your take on the 1988 Volkswagen Golf GTI?

Have you driven a 1988 Volkswagen Golf GTI?
Rank This Car

Mk2 Golf No Foot Brake Pedal While Car Is Running

ive done a complete brake overhaul on my 1988 golf gti 8v.New calipers front and back, new master cylinder, i've bleed the system and can get no air comming out i have a great pedal when the car isn't...