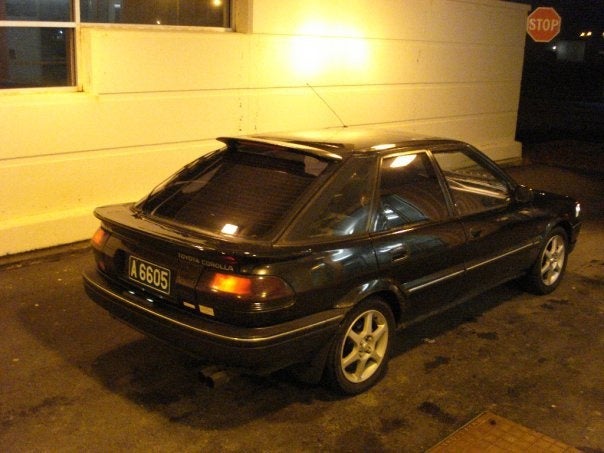 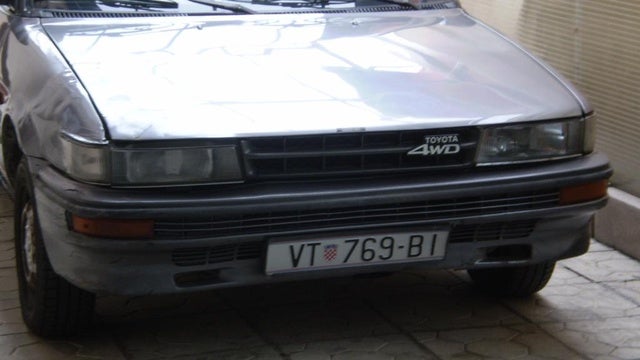 The Toyota Corolla was redesigned for 1988, replacing the rear-drive coupe and liftback with a front-drive coupe. Across the board, the body was much less distinct than the previous generation, and almost an inch wide on the same wheelbase. For the first time, All-Trac four-wheel drive was an option on the wagon.

The 1988 Toyota Corolla came in many body styles with several trim levels. The sedan came as a base DX or better-equipped LE. The wagon was available as a DX or SR5. The coupe came as a SR5 or GT-S. The coupe hatchback only came as the FX. All Corollas came equipped with a DOHC, 16-valve inline four-cylinder engine. The sedans, front-drive wagon and SR5 coupe had a carbureted 90-horsepower engine; the All-Trac wagon had a fuel-injected 100 horsepower engine, and the GT-S had the most powerful with a 115-horsepower EFI version. Fuel economy is about 25 to 35 mpg, depending on the engine.

Many drivers of the 1988 Toyota Corolla have been driving their cars for a decade or longer. Owners also say that it handles well in the snow. Some drivers have had problems with the electrical system, and others complain about the lack of power.

What's your take on the 1988 Toyota Corolla?

Debra J My 1988 Toyota Corolla SR5 is left hand drive. We bought it in 1988 and brought it to England from the US in 1992.It passes it"s mot every year and drives beautifully. Although simple as no electric windows etc. but the power steering is great. Been driving it 26 years! Love it .But considering selling this classic.

Zoey My 1988 Toyota Corolla DX wagon, FWD 4A FE was a totally reliable vehicle, It went 350,000 miles. And it was still running when cars for kids towed it away! Great car, amazing drive train!

Have you driven a 1988 Toyota Corolla?
Rank This Car

I was driving home and my car started to rumble heavy and then the rpm went to 0 and engine shut off when I try to start again it went go over 500 rpm unless I hit the gas and then if I try to dri...

I Noticed My Turn Signals And Tail Lights Werent Working But I Still Had Br...

I noticed my turn signals and tail lights werent working but I still had break lights, checked the bulbs and fuses and they were good. It drove just fine all the way home but when I tried starting it ...

when my car is cold, then warm, it smokes very light blue 2 to 3 minutes goes away. What is the problem, has 188 on it but runs very strong

Also Have A Brake Problem.

The right front brake sticks and causes a vibration when the car has been on the road for awhile.This problem is more apparent in the summer heat..it gets worse at the warmer part of the day. Replace...